This beautiful and ancient Grade II listed house is a rare survivor. The house has lain empty for several years but its new owner contacted the SPAB through our advice line to ask for guidance on proposed repairs. There was already a listed building application for works with the local authority, which we would be commenting on in our capacity as a statutory consultee. The new owner kindly allowed us to visit in June with this year’s Scholars.

The Oxfordshire Building Record for the house revealed that, based on the surviving physical evidence, the earliest phases of the property may date back to the 15th century. It appears that Talbot Farm is a remarkable survival of a large four bay raised cruck medieval hall house. The two southern bays would have formed the open hall, and the two northern bays either formed a two bay unheated parlour or a unit comprising a ground floor parlour and an upper chamber. Within the roof space smoke blackening can still clearly be seen from when the hall was open to the roof, but so far there are no signs of thatch. If the Oxfordshire Buildings Record is correct, then this makes Talbot Farm a substantially important building. There is only one other five bay cruck house in the Midlands that is known of and the two-bay chamber at Talbot Farm indicates a property of some status. 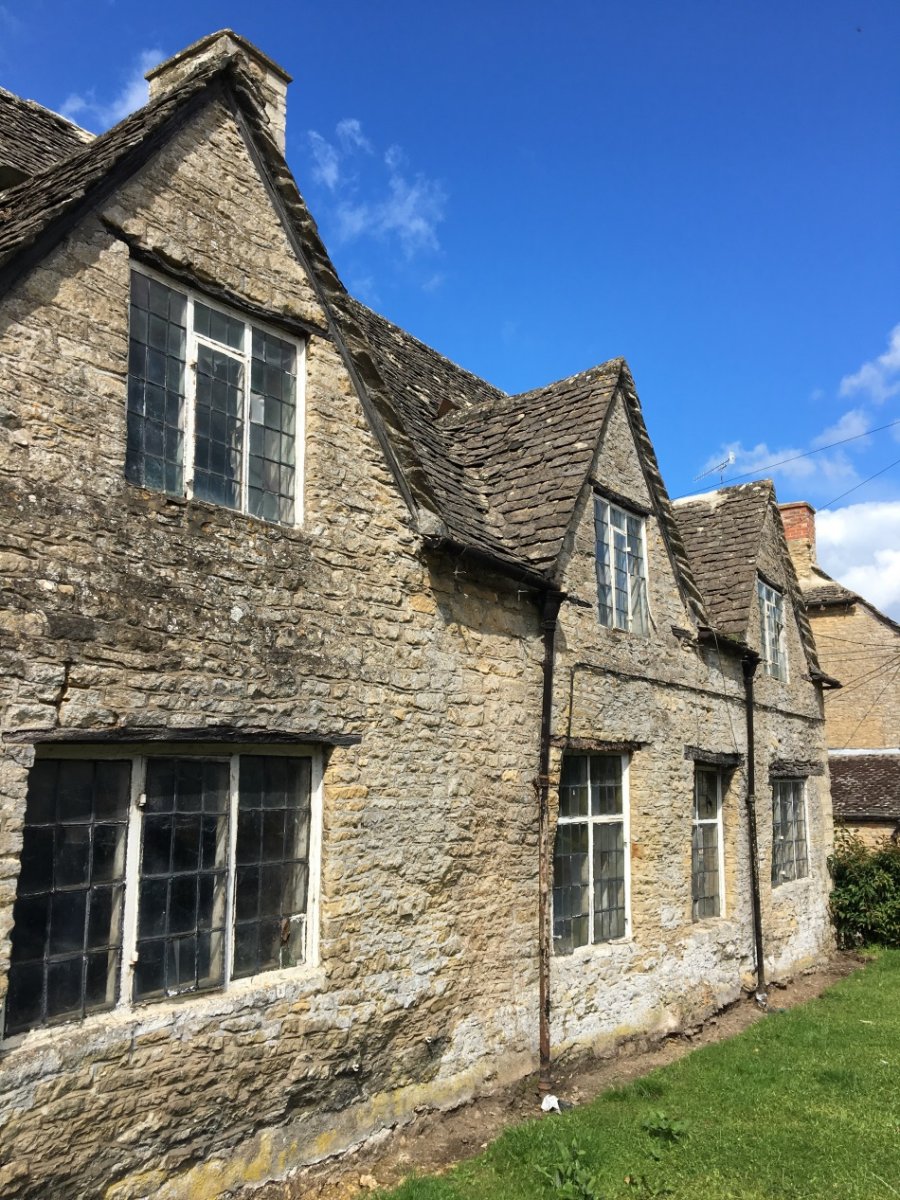 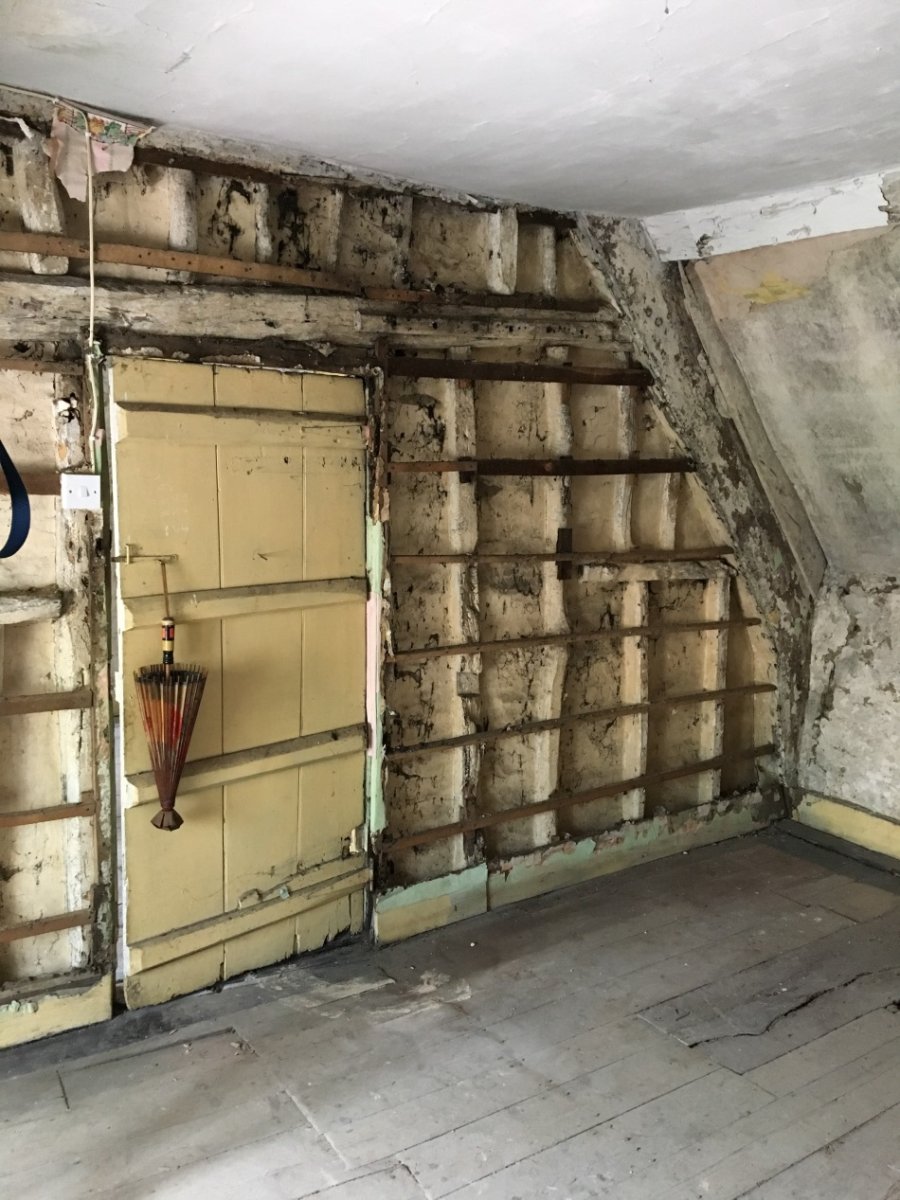 If this was the original layout, then the medieval screens passage and the service rooms beyond were to the south and were either lost when the adjacent Armada Cottage was built / rebuilt in 1587 (datestone), or they have been incorporated into it. To the rear are lean-tos, one with a Welsh slate roof, and there is a substantial cellar with very thick stone walls and a stone floor. This is accessed via an internal staircase and an opening at ground level on the rear elevation. Above this is a blocked timber mullion window along with signs of other blocked openings and the ghost of a chimney stack.

In the 19th century, it was recorded that the building was an inn and various features from this period survive such as a built-in settle and folding wooden partition to divide rooms. It appears to have been known by a variety of names until 1927, when it closed, and since then very little work has been undertaken. It was used as residential accommodation for some years before being left empty. 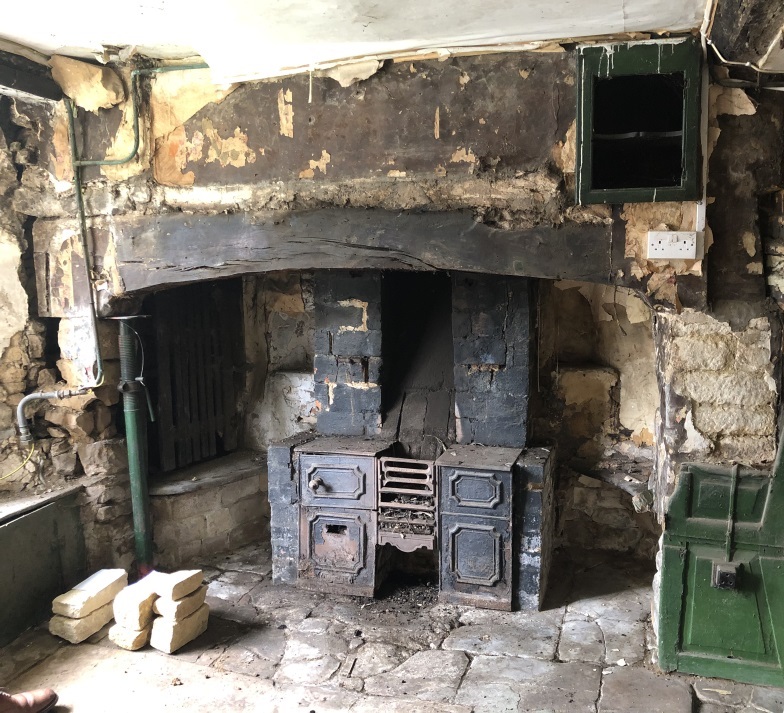 We are delighted that the new owner is keen to repair the building sensitively using traditional materials and techniques wherever possible, whilst bringing it back to life as a family home. This will take time as parts of the building, such as the cellar, are very damp at present, and there are signs of structural movement, which we have advised should be closely monitored before deciding on what works are required. The majority of the roof is covered in traditional Cotswold stone slates laid in diminishing courses and several early windows remain, all of which we hope can be carefully repaired. It is very likely that as works progress, new features will be uncovered.

Part of the proposals includes an extension to the rear which would accommodate a new kitchen and bathroom. We are supportive of this in principle as both of these functions would require the installation of new services which can be very invasive when inserted into delicate historic fabric. However, connecting the extension to the main house whilst minimising the loss of historic fabric will be challenging.

We are offering the new owner advice and guidance but have suggested that the current planning application would benefit from some further specialist professional advice. We wish the new owner all the best with this exciting project and we hope to visit again in the future.

Read more about our casework. 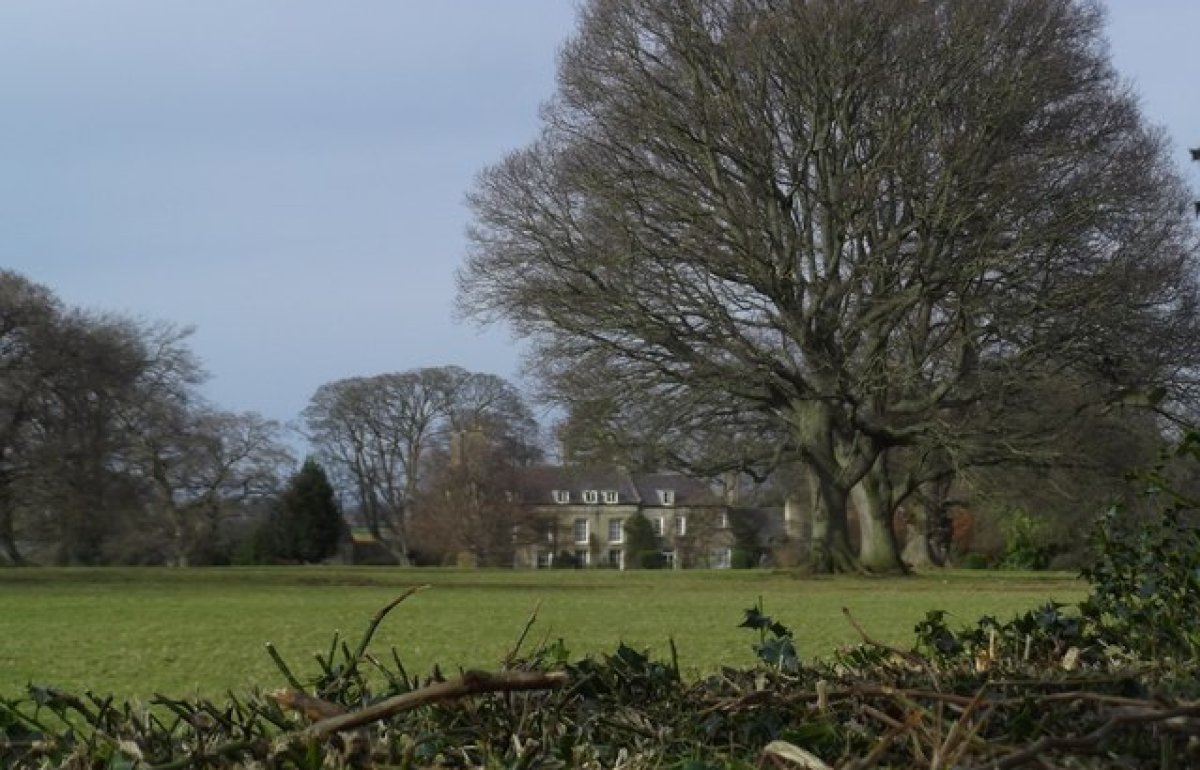 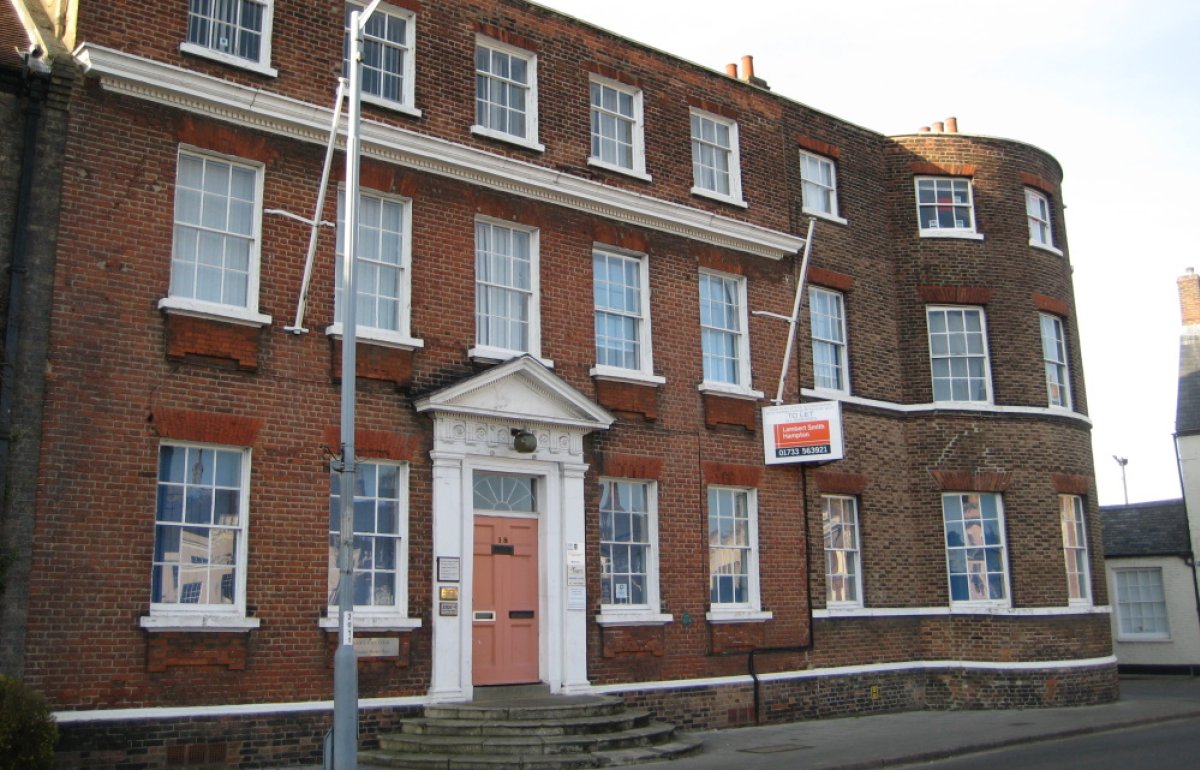 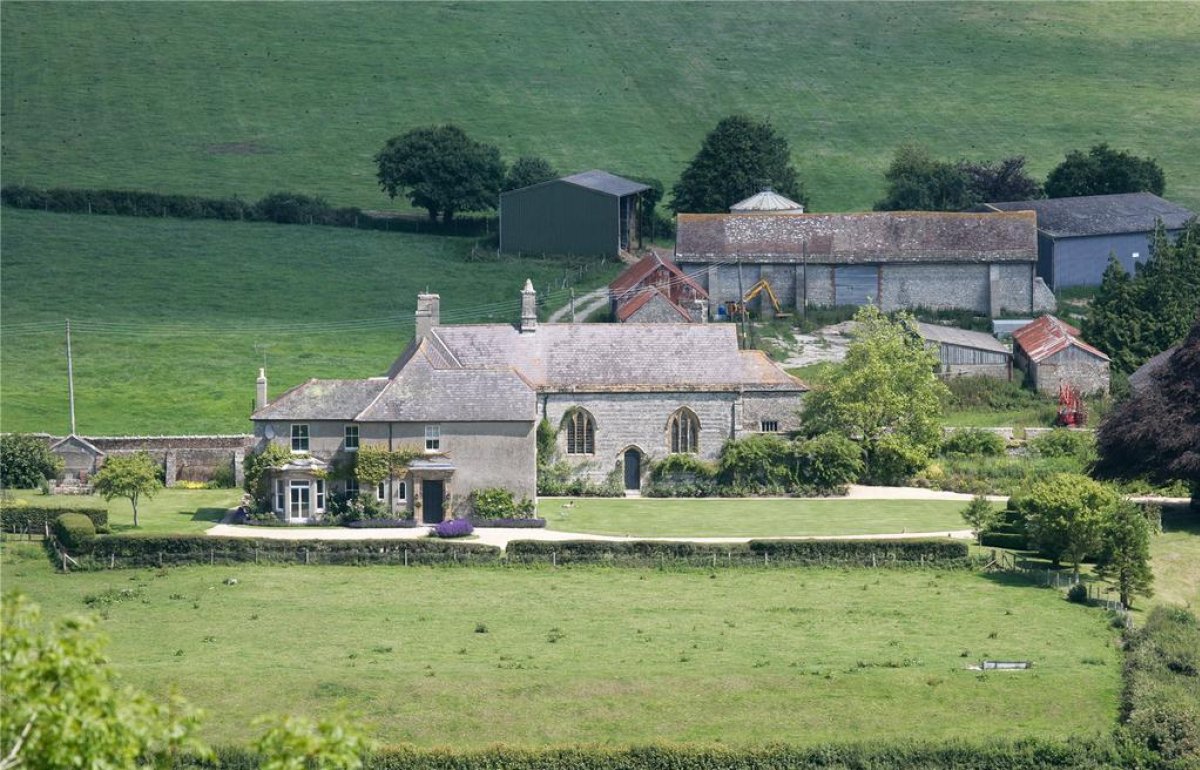