Thatched roofs are one of the most evocative symbols of the British countryside; thatched buildings are our best-loved. Thatch was the commonest roof covering throughout much of the country until the end of the 19th century, and remains a viable, sustainable solution for many rural buildings. This article sets out the do's and don'ts.

What types of thatching materials are there?

Straw has been used widely for centuries but alternatives found include heather, rushes, marram grass, broom, flax - and even wood chips and potato stems! Long straw thatching declined in the 1960s and 70s in favour of water reed and combed wheat reed. However, long straw is now recovering. The main thatching types today are:

•    Long straw. Roofs look shaggy, not cropped like the reed types, and eaves have hazel stitches. Long straw is seen in southern, central and eastern England.
•    Combed wheat reed (Devon reed). This is actually straw laid like water reed. Eaves are not dressed, though, but cut (so stalks have angled ends) and hips are more rounded. Combed wheat is characteristic of the West Country.
•    Water reed (Norfolk reed). Eaves generally overhang less than with straw roofs. Ridges may be of sedge. Water reed is traditional in wetland areas. Imported material is of variable quality. 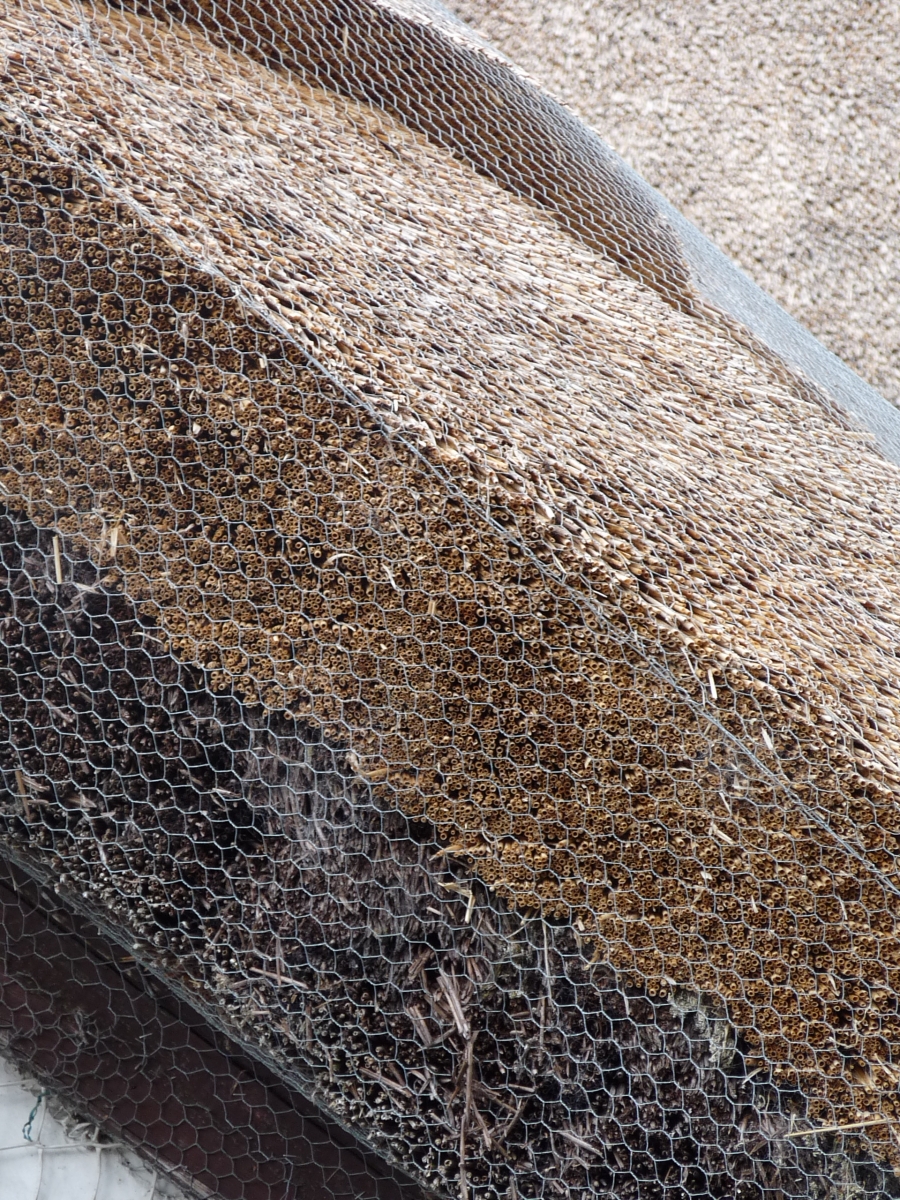 What does maintaining and repairing a thatched roof on an old building entail?

The ridge will require renewing several times in between rethatching. An experienced thatcher should advise but this is typically every 10-15 years. Re-ridging allows the opportunity for stripping thatch full height around chimneys to reveal any masonry defects representing a fire risk. All junctions (including mortar fillets and flashings) must be left watertight.

Channels worn where rainwater runoff concentrates may be patched, along with superficial damage caused by birds, squirrels or the wind. This can greatly prolong the life of thatched roofs and avoid more costly, unnecessary replacement. Mosses do not have to be removed, however. They can offer thatch some physical protection and produce beneficial anti-fungal chemicals. 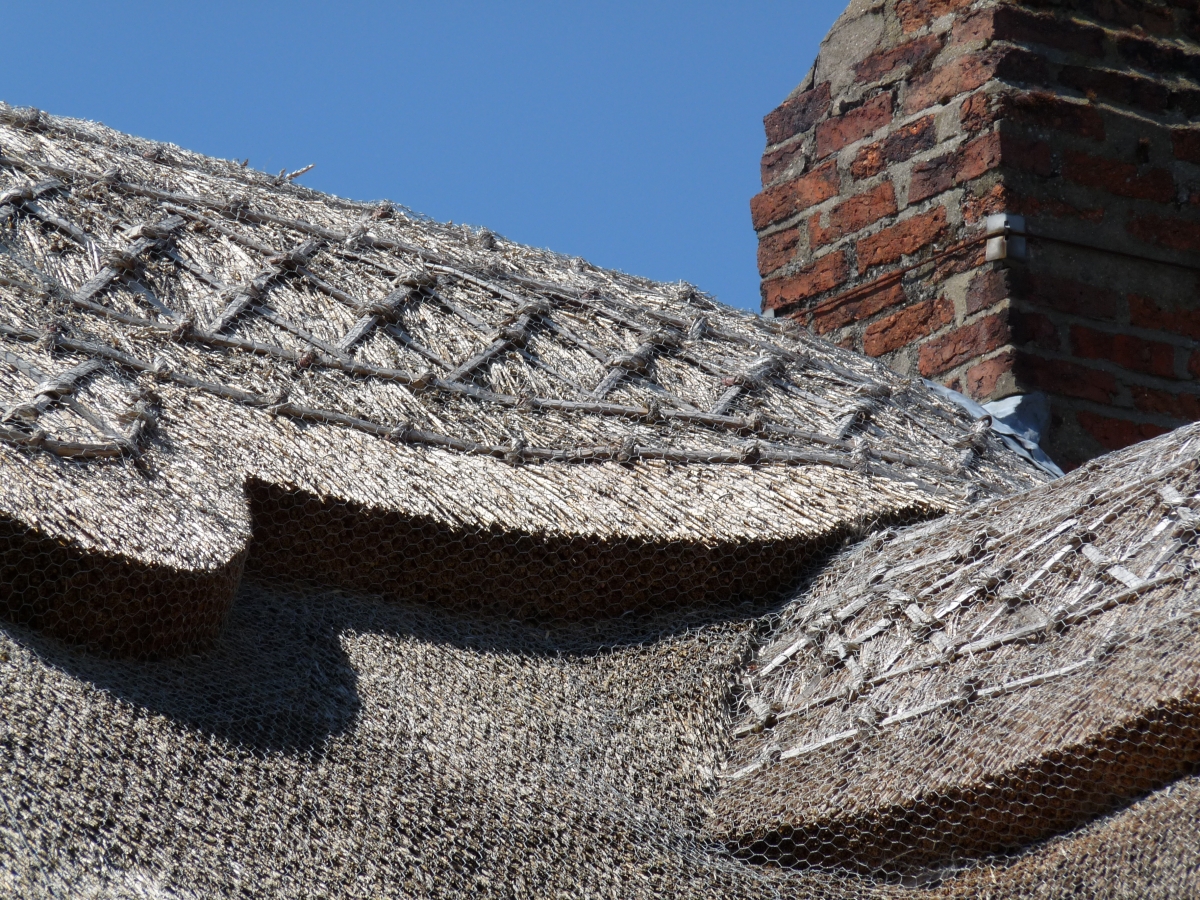 How do I go about replacing thatch on an old building?

Both straw and water reed roofs may perform well for at least 30 years but will eventually need rethatching when the fixings are near to the surface and open to water ingress. Choose an experienced thatcher working in the local tradition who does not automatically replace long straw with reed. Distinct regional variations in thatching materials and styles have evolved over the centuries. It is important to perpetuate these, not only to retain local diversity but to avoid unexpected problems with durability.

With straw, a new surface coat should preferably be fixed (‘sparred’) over existing base coats, although the build up of excessive thicknesses of thatch is to be avoided. It is particularly important not to strip roofs wholesale where rare medieval smoke-blackened thatch survives. Modern screw fixings are less damaging to ancient timberwork than metal crooks. Consult a suitably qualified architect, building surveyor or engineer over any structural concerns before work starts. 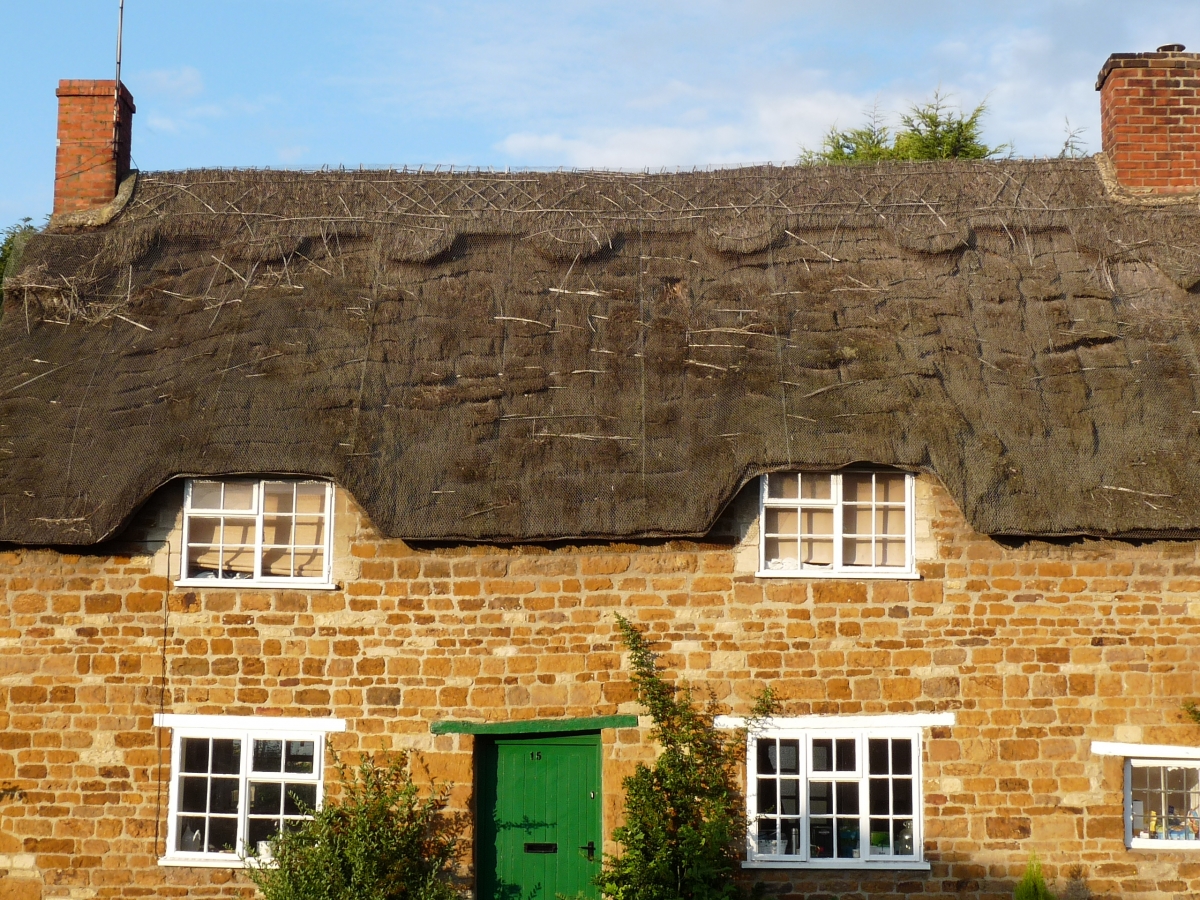 Should I be worried about a fire in my thatch?

Fires in thatched roofs can be devastating but, because they burn slowly, fatalities are fortunately rare. Precautions are recommended. Most thatch fires are chimney-related so flues should be swept regularly, kept in good repair and, where necessary, lined. Burn only well-seasoned wood. Prudent owners fit temperature sensors to roofs linked to integrated fire and intruder alarm systems, particularly with modern multi-fuel stoves. Flue temperatures with these appliances can be high enough to ignite thatch even through a completely sound, lined chimney.

Other measures include properly maintaining electrical installations and keeping fire extinguishers and hosepipes to hand. Take care with bonfires, fireworks and building work. Loft hatches should be at least 900 x 600 mm to assist firefighters and any external netting (often unnecessary) quickly removable. If a fire barrier is installed beneath thatch or between historic thatch and subsequent coats, adequate ventilation must be maintained to prevent condensation and decay. Chemical retardants can help protect thatch where public access poses arson risks. Resist pressure, though, from insurance companies to fit spark arrestors, which clog up.

Where can I find sympathetic thatching specialists?

The SPAB may be able to advise on suitable names thatchers over its telephone helpline, as well as the names of building professionals, insurers and mortgage companies who understand the needs of thatched buildings. 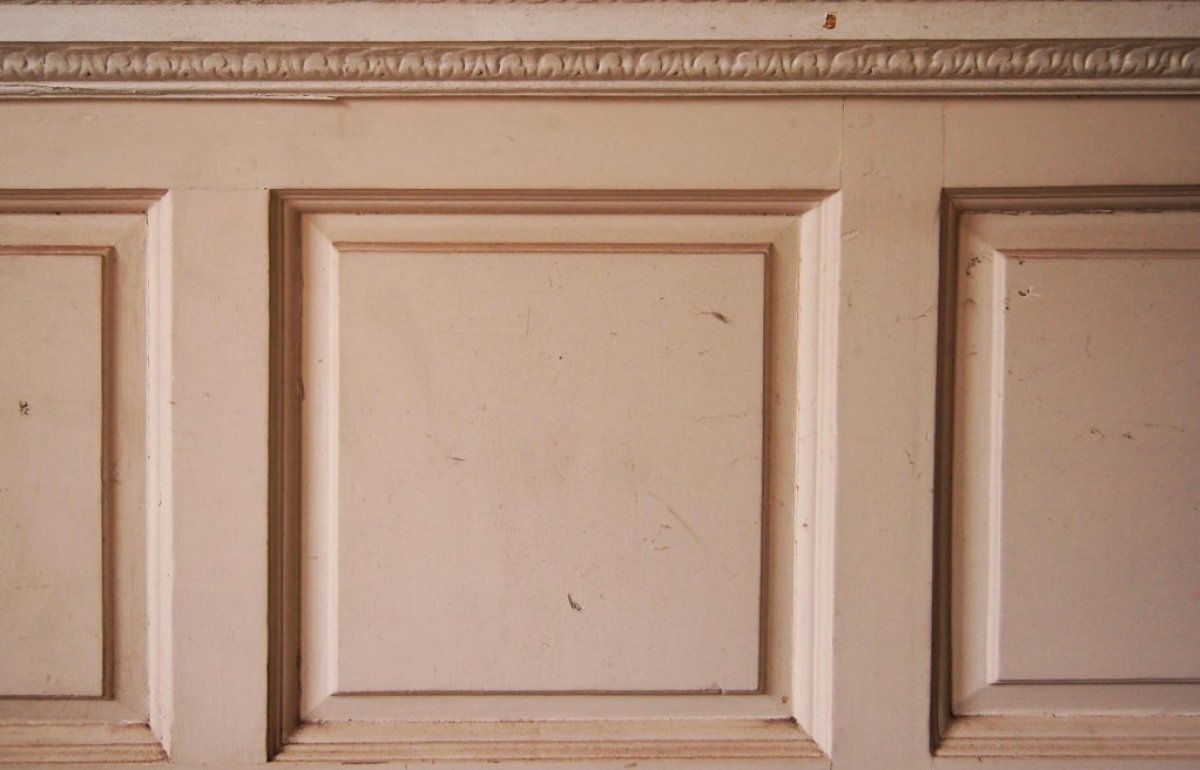 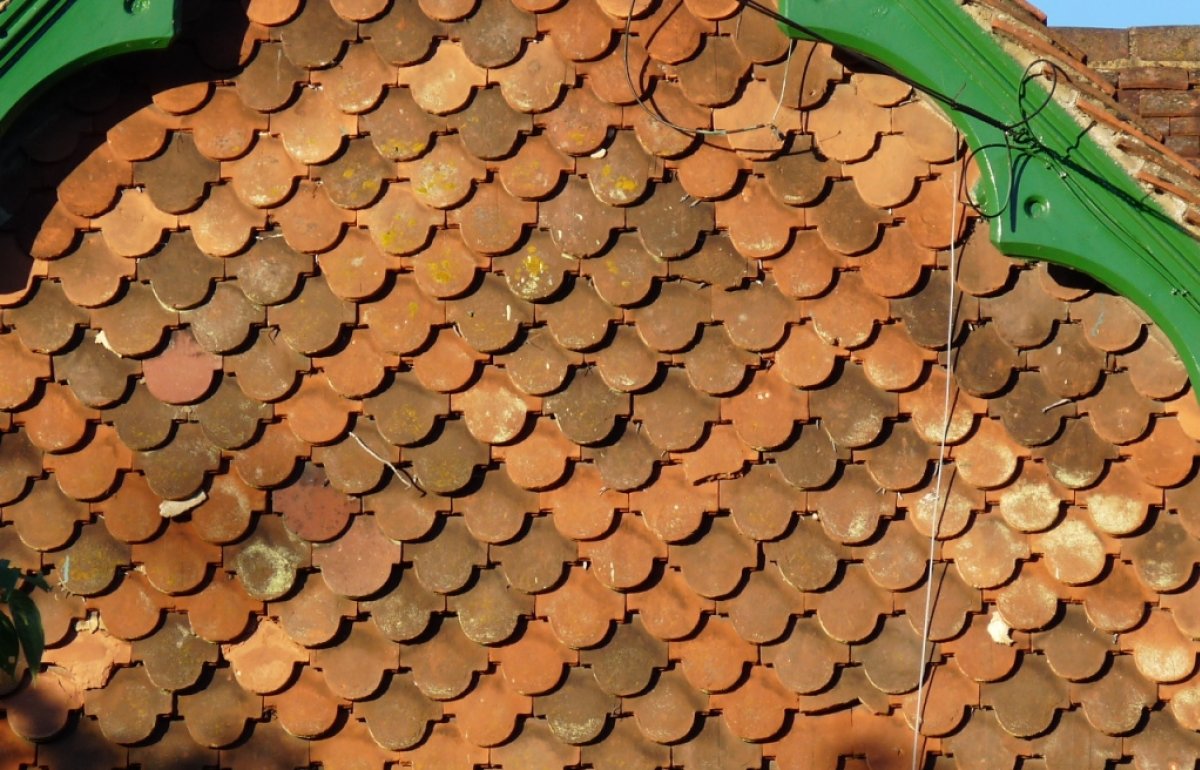 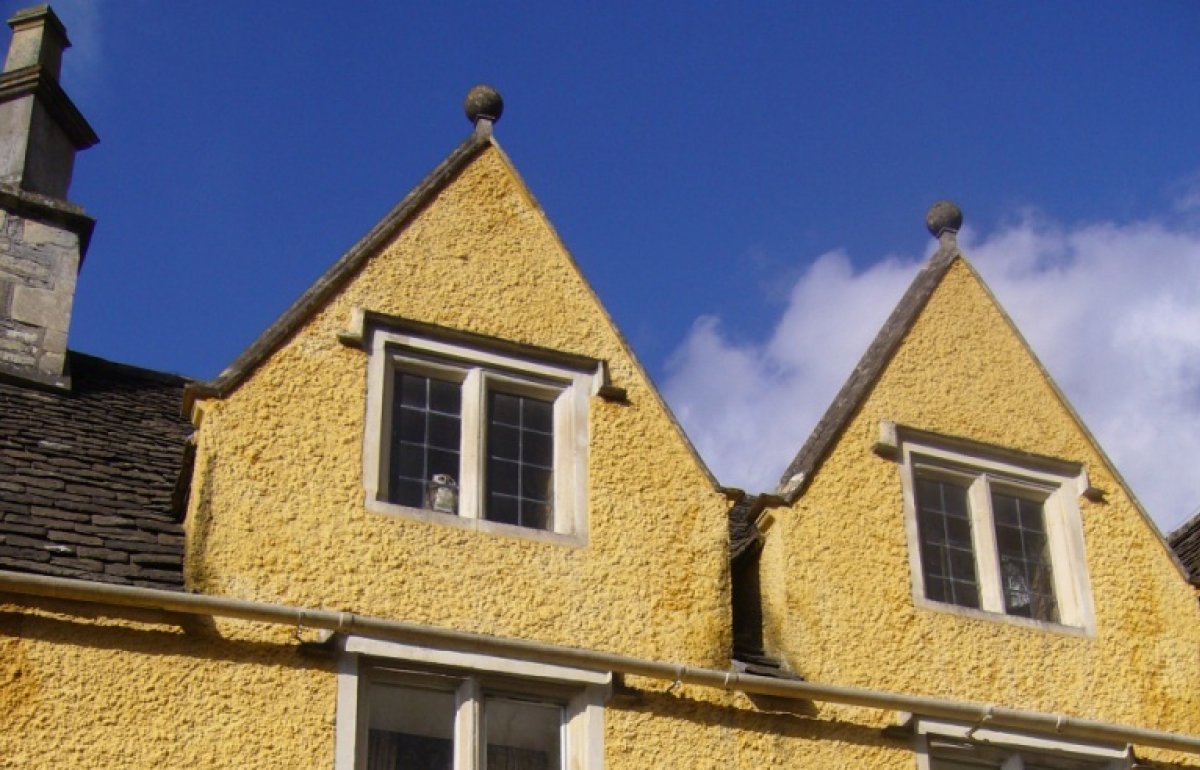