Well into their nine-month conservation tour, we catch up with 2019 SPAB Scholar Holly, who reports on their recent visit to a Palladian villa in Northern Italy. 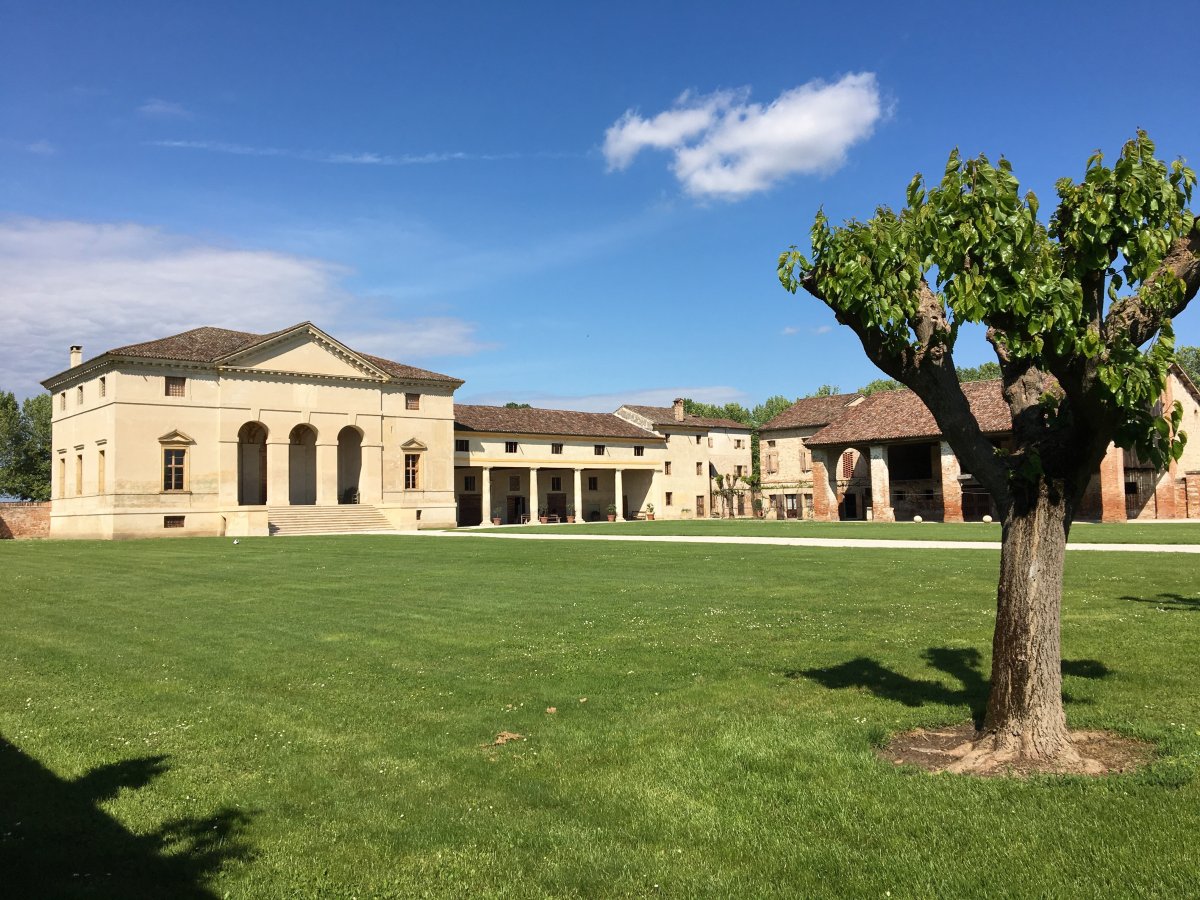 In May we were fortunate enough to spend five days at Villa Saraceno, a Palladian villa owned by the Landmark Trust, at Finale (between Verona and Venice) in Northern Italy.

The building is not quite as it first appears. It was commissioned in 1550 by a nobleman from Vicenza as a country retreat and working farm. Before this the site was home to an ancient farm and the historic barn (‘barcessa’ in Italian) was incorporated as part of Palladio’s scheme. Though it appears to be faced with stone, in fact the building is constructed of brick with a lime-rendered finish. This was a technique adopted by Palladio to make construction affordable, whilst also achieving a ‘polite’ aesthetic. Stone was used in some of the more fragile elements such as the corner dentils and column bases.

The Landmark Trust acquired the villa in 1990 and following subsequent conservation works, was opened as a holiday let in 1995. However, as we learnt on our visit, conservation work never really stops at the villa, as, since the Trust bought the property it has acted as a platform for exploring conservation techniques and philosophies.

I do not feel that a ‘one size fits all’ approach should be adopted when working with old buildings. Therefore I found the varying approaches taken to each façade particularly interesting. During the main conservation work in the 1990s, the principal elevation (pictured above) had been re-rendered with lime to enhance the polite aesthetic of the façade upon approach. However, the rear relevation (pictured below) appears very different, with areas of brickwork glimpsing through the render where it has deteriorated. The approach to the rear elevation was to consolidate the existing render and not apply a new coat of render in the same manner as the principal façade. 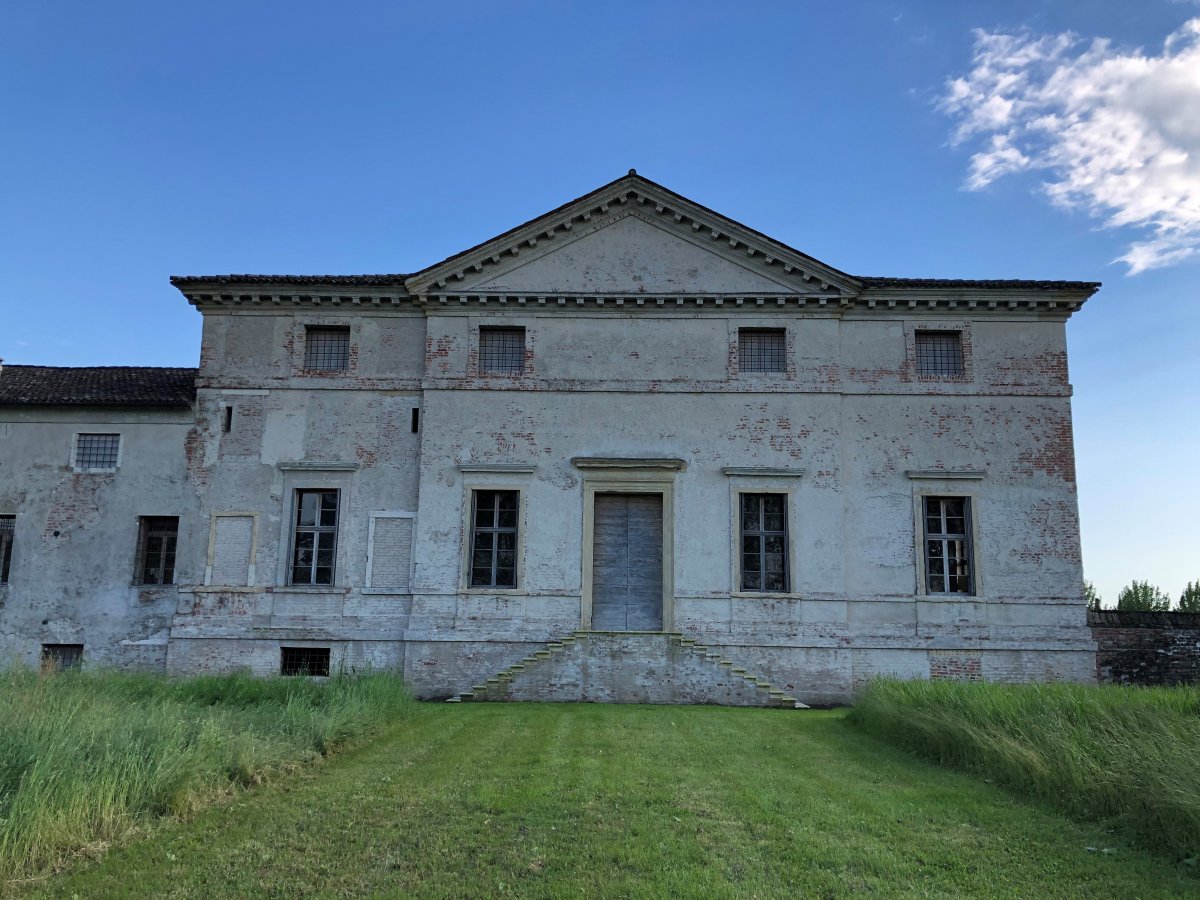 The appointed architect, Andrea Crociani, posed a question to us: what would our approach be to the east side elevation? Here, the bricks are decaying in the lower half of the wall; likely because the bricks were not intended to be exposed and were therefore insufficiently fired. This area of wall is also particularly exposed to the weather, causing excelled deterioration of the brickwork. One solution is to lime render the façade to provide the brickwork with the sacrificial layer it was always intended to have. Another solution is to remove the decayed bricks and replace with new, repoint with lime mortar and to remain exposed.

Prior to visiting Villa Saraceno, I felt it was important to approach a building with a clear repair method that remains consistent throughout the project. However here the variety of approaches to its conservation, enables the visitor to experience both how Palladio intended - with a complete render on the principal elevation - and its construction and changing patina over time, visible on the weathered rear elevation, with its glimpses of brickwork through the render. This provides the visitor with a rich story of how the building was made and a suggestion of the key ingredient of Palladio’s architecture - brickwork.

I would highly recommend a visit to Villa Saraceno, not only to enjoy the craftsmanship involved in creating and conserving the building, but also to experience the local scenery, culture and of course, the wine!

Our thanks to the Landmark Trust and all those who host the SPAB Scholars this year. 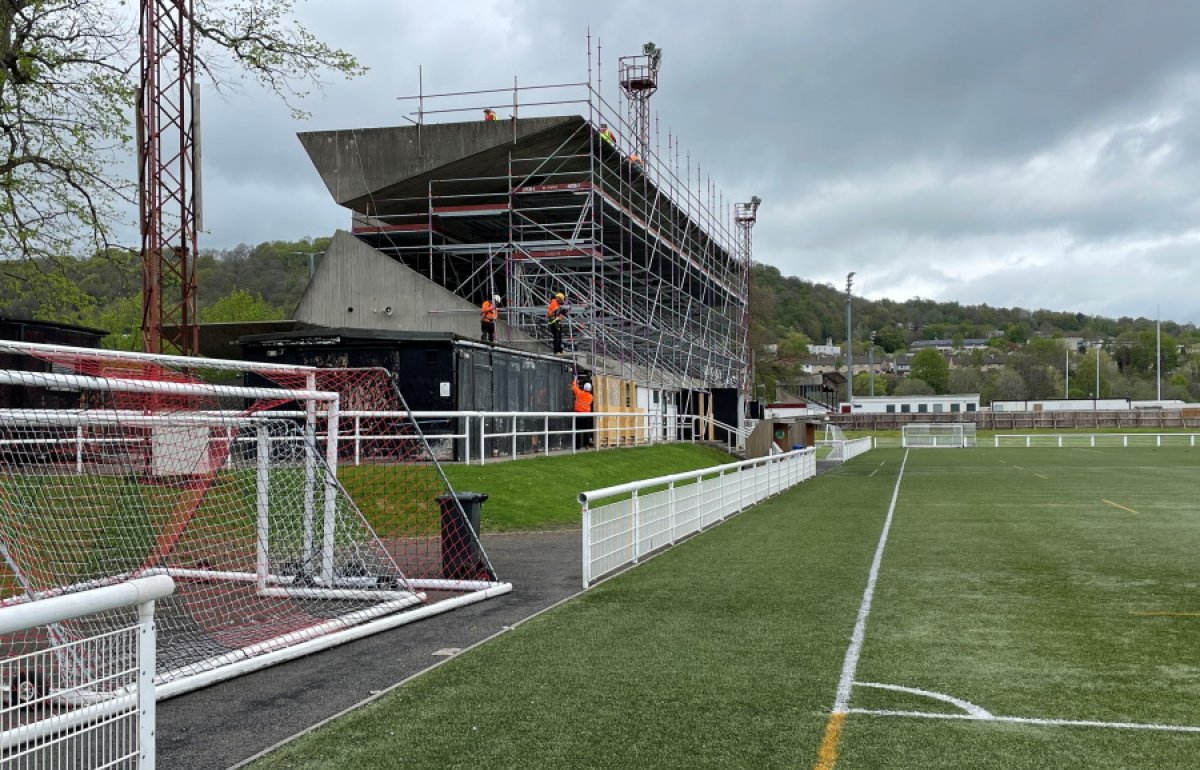 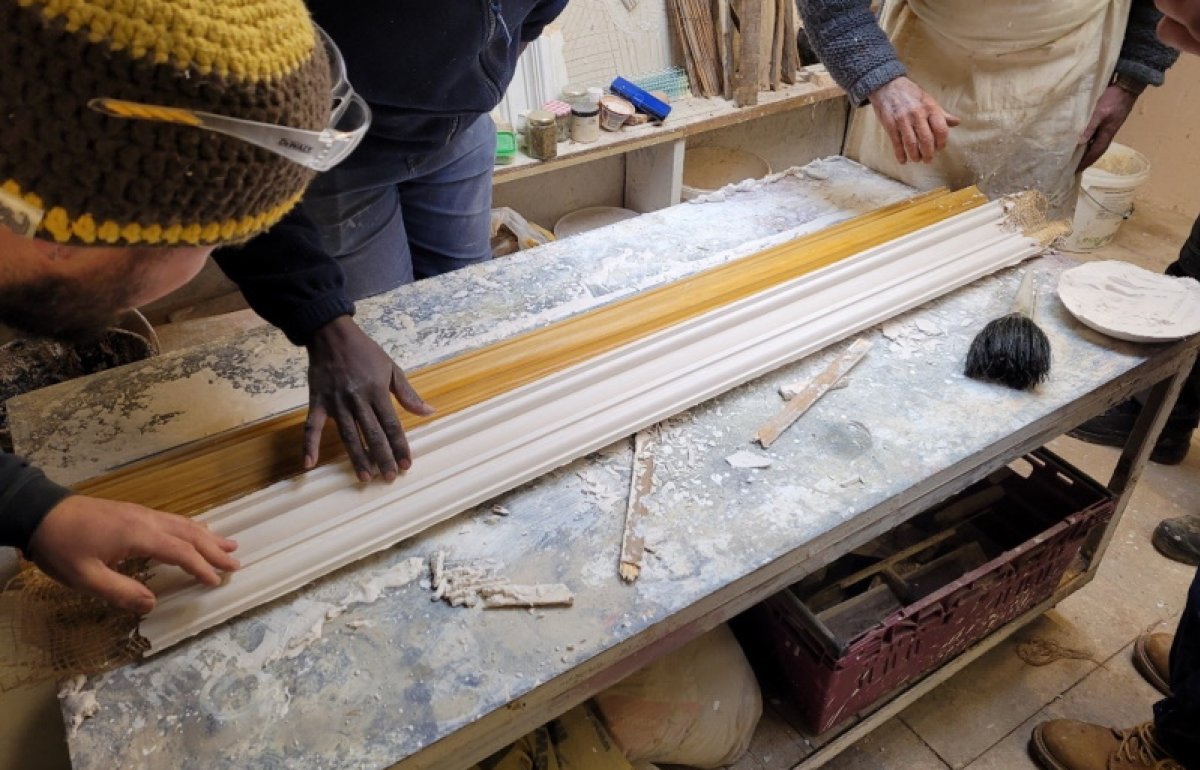