Roger Mears, architect and former SPAB Guardian on his enduring involvement with SPAB.

'In 1979 my wife, Joanie Speers, and I bought a derelict watermill and cowshed in Carmarthenshire, with the intention of turning them into a holiday home. This proved to be a turning point in my career as an architect. Neither of us knew anything about watermills, but since this one was of considerable age and retained a substantial part of its waterwheel and much of its internal machinery, we decided we should find out more. We found and joined the Mills Section of the SPAB, which introduced us to the fascinating world of old buildings and machinery.
Work started on the mill, with a builder who responded sensitively and became a good friend. Together, we began to understand how the buildings had been put together, how they had developed, the significance of every detail and how to work with their grain. We made mistakes but the advantage of working on my own building was that I was able to learn from them at no one else’s expense.

I attended the SPAB’s Repair Course in 1985 and was thrilled to discover that there is a wealth of knowledge in the SPAB community that everyone was keen to share. I gained reassurance that my approach to old buildings had been developing in the right direction.

A year later I was fortunate to be appointed as architect for the refurbishment of Tudor House in Cheyne Walk - one of the finest houses in Chelsea, formerly owned by Dante Gabriel Rossetti. It was in a poor state of repair and my recommendation that it should be repaired following SPAB principles was welcomed by my client, John Paul Getty II. I needed to learn a huge amount, but fortunately Mr Getty took decisions slowly and I was able to draw on the help of successive Technical Secretaries of the SPAB.

Once the work was completed I sought a way of contributing to the SPAB and was elected as a member of the Guardians’ committee in 1996, eventually standing down in 2015. Monthly meetings gave the opportunity to discuss contentious or unusual cases in depth with fellow Guardians. Casework on behalf of the SPAB has played a large part in my life. I have particularly enjoyed being involved with some of our great cathedrals. Being able to admire the craftsmanship, to see hidden corners – roofs, crypts, closed chapels, work in progress from scaffolding – and to have had a positive influence on decisions taken on such important buildings has been very rewarding.

I have regularly been a member of the jury for the John Betjeman Award, which celebrates excellence in the conservation and repair of a place of worship (other than a cathedral) in England or Wales. It has involved visiting churches, chapels, an abbey, a priory and a Friends’ Meeting House to see a great variety of conservation work of all varieties and levels of expertise. Discussions with other jury members are always enlightening and in the end our decisions have almost always been unanimous.

The SPAB Manifesto makes a clear statement of the principles of conservation and it is something that is always salutary to read. It was drawn up at a time when many prominent architects were rebuilding or ‘scraping’ old buildings and, while this practice is still far too prevalent, there is today a much wider appreciation of the SPAB’s ideas. It can, at times, be difficult, even impractical, to follow its principles to the letter; the secret is in finding ways to acknowledge them while responding to the needs of today.

This country has a wealth of historic buildings and they embody the ideals and aspirations of generations. Satisfaction in working with them comes from attempting to understand them, before trying to decide on necessary repairs or alterations to fulfil clients’ needs. The most appropriate approach involves consideration of two clients: people and their buildings. It has been a privilege to become part of the ongoing process of alteration and maintenance over the centuries, constantly aware that we are but the guardians of buildings for future generations.
In 2008, disturbed by the number of disused farmhouses in rural Wales falling into dereliction and by the lack of affordable housing, Joanie and I formed a building preservation trust, named Adfer Ban a Chwm (ABC), which translates as Revitalise Hill and Valley. The aims of the trust are to restore derelict vernacular buildings as affordable housing for local people. A breakthrough came in 2015 when the Brecon Beacons National Park Authority asked ABC to help them deliver affordable housing in ‘non-nucleated’ rural Carmarthenshire, at the western end of the Park.

All work with old buildings involves constant learning; techniques and skills are evolving. The SPAB involves people as well as the buildings we care for; it educates, trains, campaigns and gives advice. Its role in education and promulgating its ideas is of the utmost importance and one of the great joys of being involved is the willingness of so many people to share their own passions, knowledge and experience. Members of staff are the backbone of the organisation; their dedication and enthusiasm has been inspiring. The range of the SPAB’s activities has spread considerably since I first became involved: the William Morris Craft Fellowship was instituted in 1986; Faith in Maintenance ran for 5 years from 2007 and has been succeeded by the Maintenance Co-operatives Project; the choice of technical and other courses and workshops has expanded considerably.

Our historic buildings have benefited from the legacy, both financial and in kind, passed on by all those who have been involved since the SPAB’s foundation. Its work needs continued funding and including a legacy in a will is one of the ways that we, as members, can contribute to enable it to grow. Legacies to charities are cost effective because they reduce the overall value of an estate liable for inheritance tax and a reduced rate of inheritance tax can be levied if more than 10% is left to charities.

My long-term hope is that the message of the SPAB will permeate right through all levels of society so that our historic buildings, whether listed or unlisted, castles or simple dwellings, are loved, understood and cared for, that the best quality work is carried out to them and that future generations will be able to enjoy them as much as we do.' 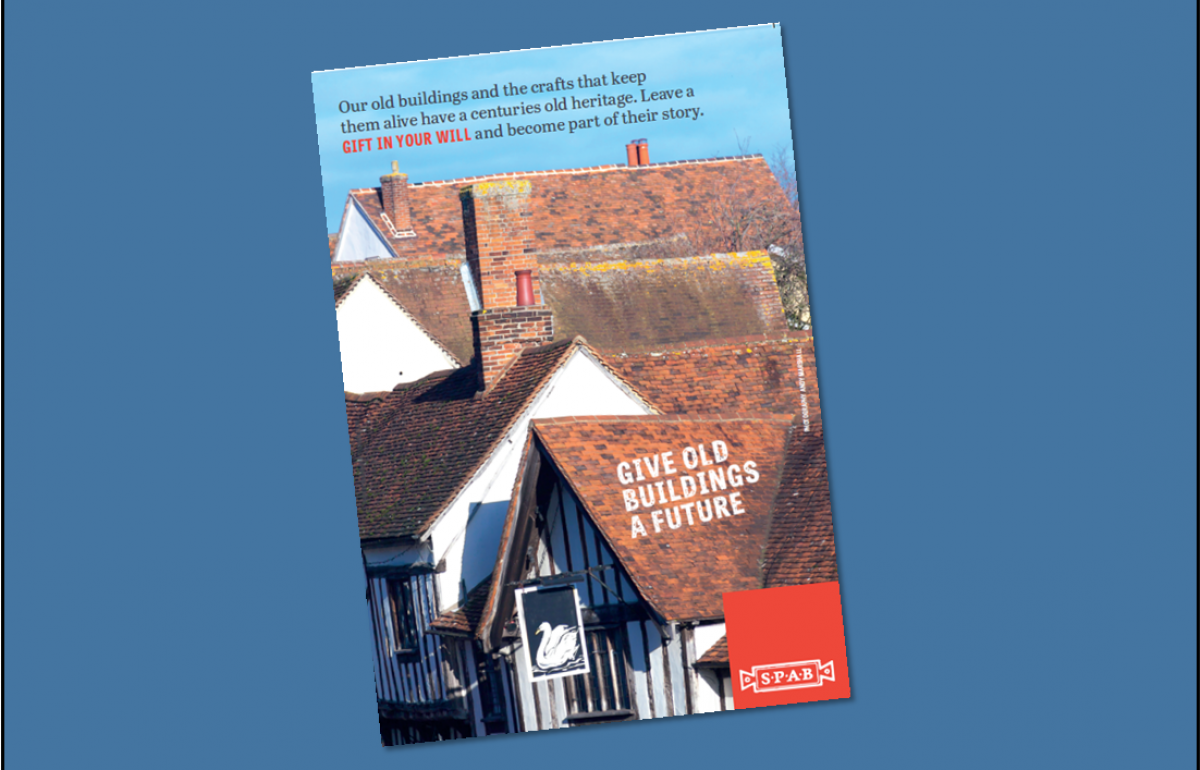 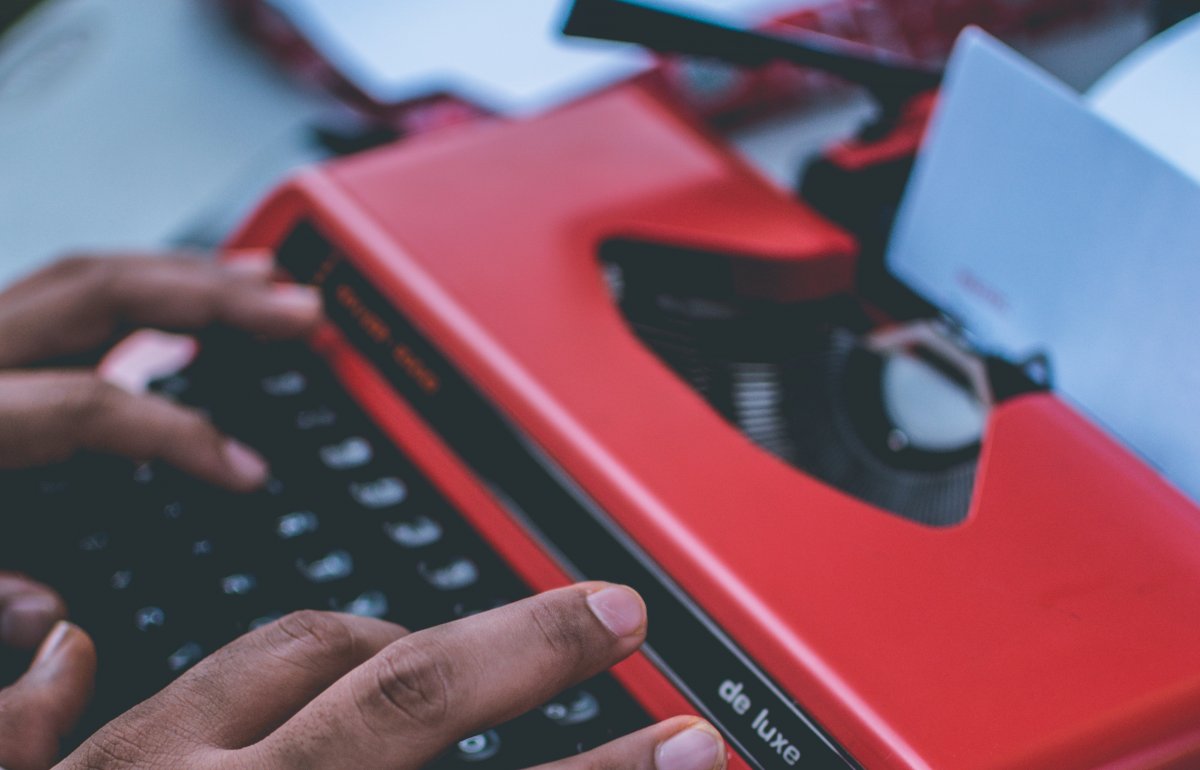