As our new Scholars prepare for their year of conservation discoveries, we look to valued past SPAB Scholars.

In 2018 we visited Bristol for our members’ weekend, and local Scholar Peter Carey (1977) immediately got in touch with us. He kindly showed us behind the scenes of the redevelopment of the Bristol Old Vic Theatre, a building that he had been passionate about for decades (pictured speaking to members below, right). He was also a volunteer for the local SPAB regional group. Sadly Peter died in August 2018. Here we republish his introduction to the theatre and its history. 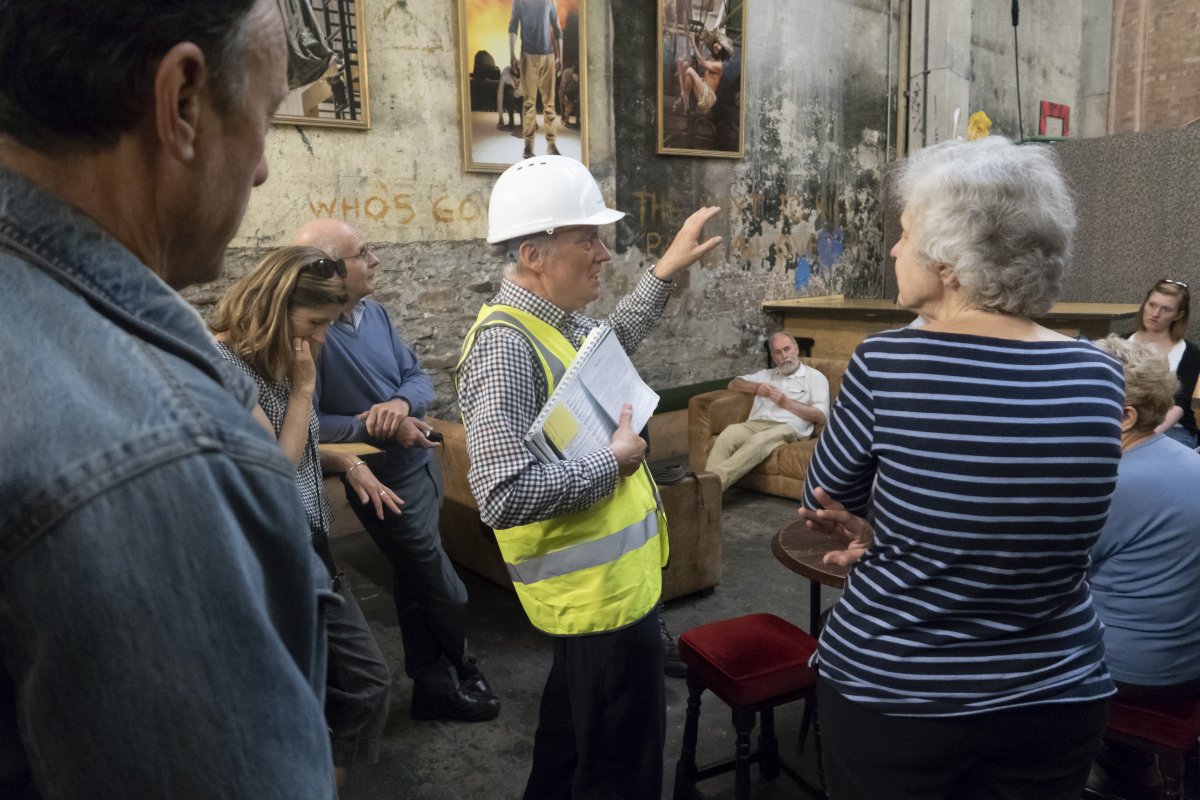 The Bristol Old Vic incorporates the oldest, continuously working, theatre structure in the English-speaking world. The auditorium and its magnificent roof retain most of their original structure and display the slings and arrows of the succeeding 250 years of mixed - sometimes outrageous - fortune. A truly unique and miraculous testament that charts the development of this special building type, and which has seen many great actors - including Edmund Keane, Sarah Siddons, Peter O’Toole, Pete Postlethwaite and Daniel Day-Lewis - and is still loved today.
Originally built in 1766, this was the primary city centre theatre in Britain’s then second city, inspired by Christopher Wren’s earlier Theatre Royal, Drury Lane. Built in the backyards of some late-medieval town houses, the theatre never had a major presence on the street until the adjacent Coopers’ Hall was awkwardly incorporated in the 1970s. Alterations that are all part of the story include tilting the ceiling to create an additional floor for the gallery and achieve a total audience of 1,600(!) in 1800. The magnificent original ‘Thunder Run’ continues in good use above the ceiling today. 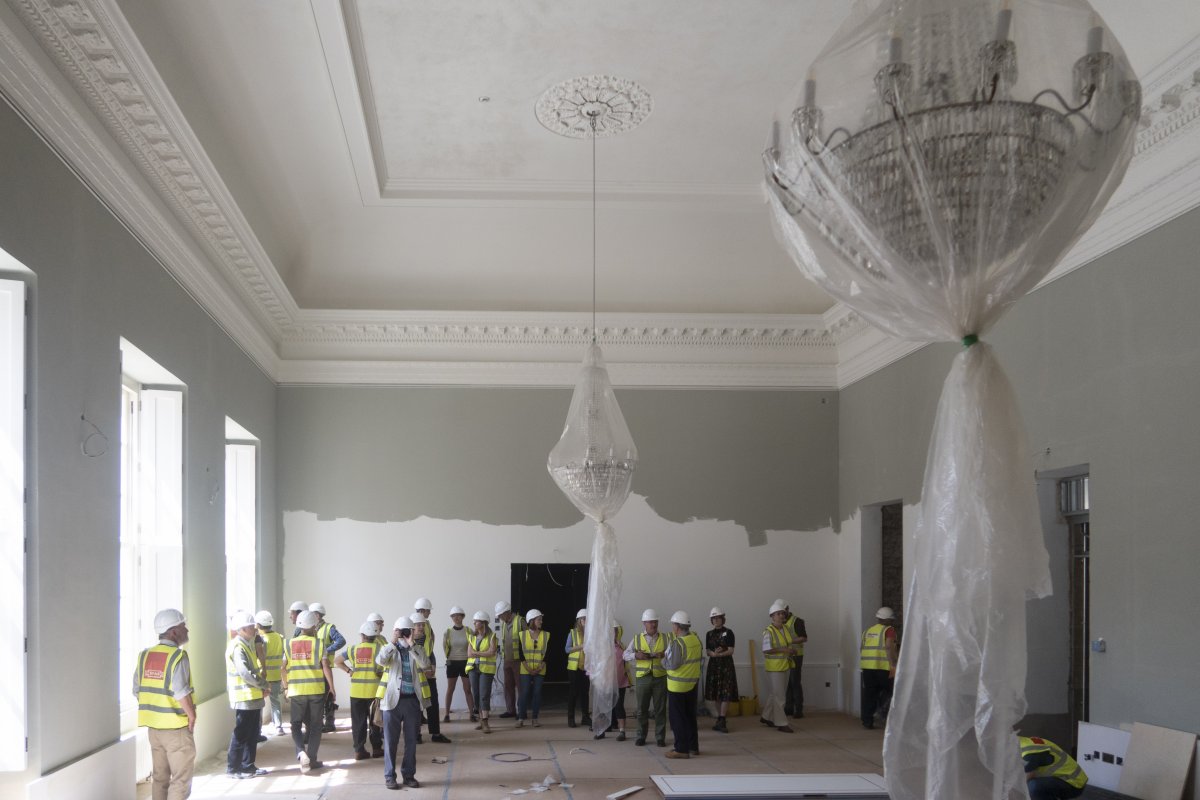 Above: SPAB members on their tour of the theatre included the elegant Coopers' Hall, now used as an events space.

Post-war doldrums lead to the invitation of the London Old Vic to manage the theatre. In the mid-1960s the company had reached peak popularity, including international touring, requiring the creaking Victorian-adapted-Georgian facilities to have a major makeover. Under director Val May and his architect Peter Moro (who also designed the Royal Festival Hall and Nottingham Playhouse) all but the auditorium, its walls and roof were totally demolished and replaced with the then state of the art structures. The incorporated Coopers’ Hall, which was dangerously derelict, was totally gutted and transformed into a cavernous (and always compromised) entrance-cum-foyer.

Another period of gradual decline led the theatre to seriously consider its future at the turn of the Millennium. Significant grant aid was required and a multi-phased refurbishment plan put in-train. Donald Insalls have been involved with the project in greater and lesser roles ever since, including being part of the Heritage Team developing the understanding of the Georgian auditorium.

The new scheme by Haworth Tompkins to redevelop the theatre’s front of house space was completed in September 2018. You can read more about the theatre’s history on the website: https://bristololdvic.org.uk/heritage 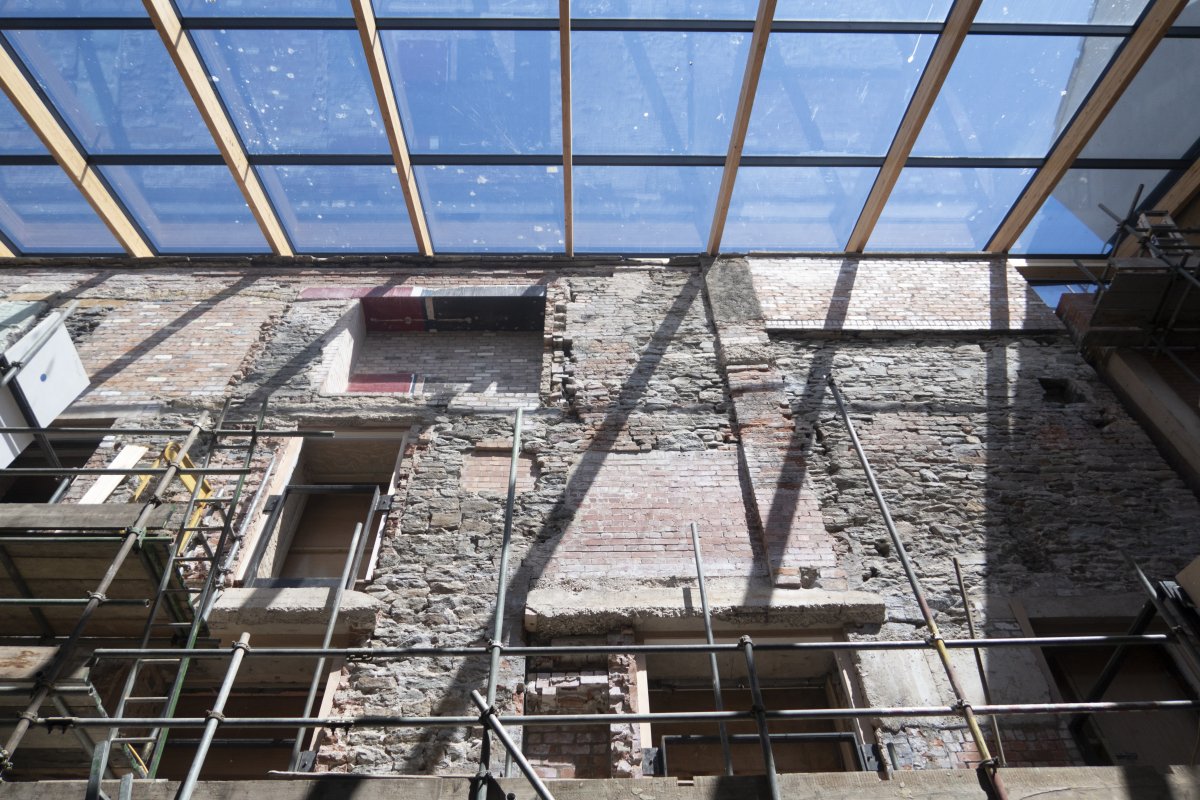 Above: the architects decided to leave the various alterations and materials on southern elevation exposed in the theatre's new entrance foyer, to help reveal the building's history. All photos by Andy Marshall. 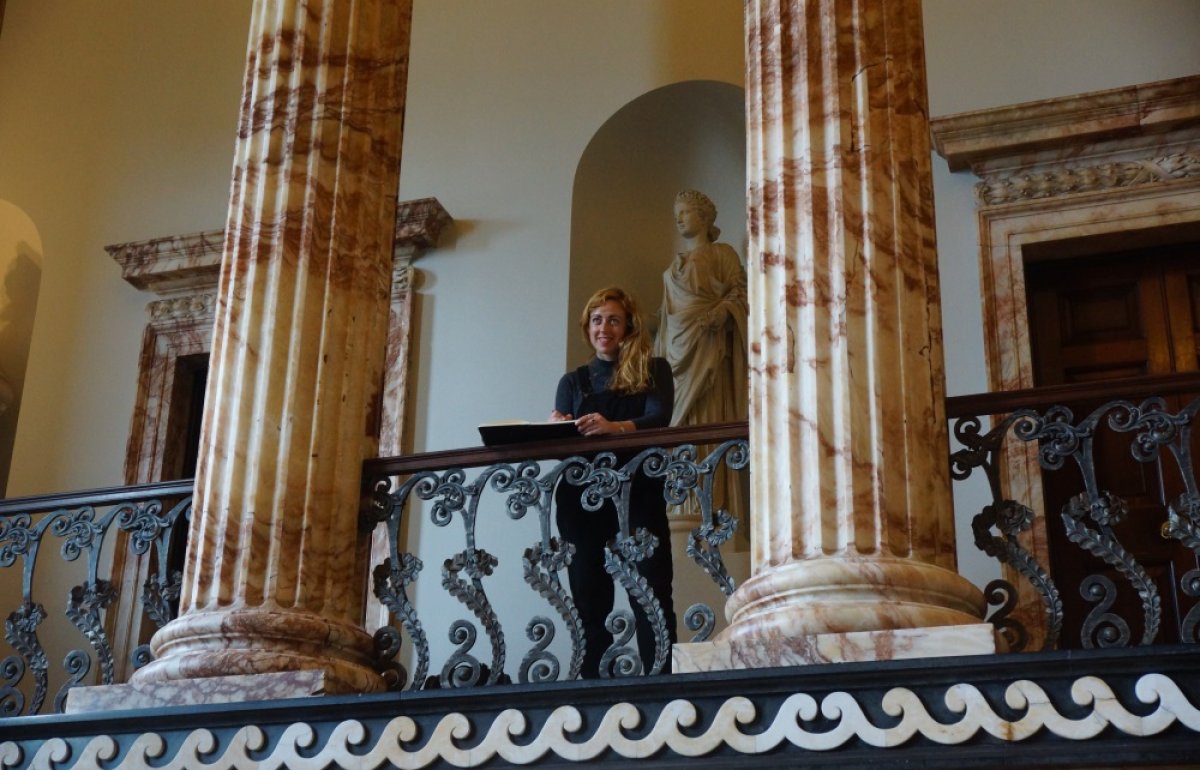 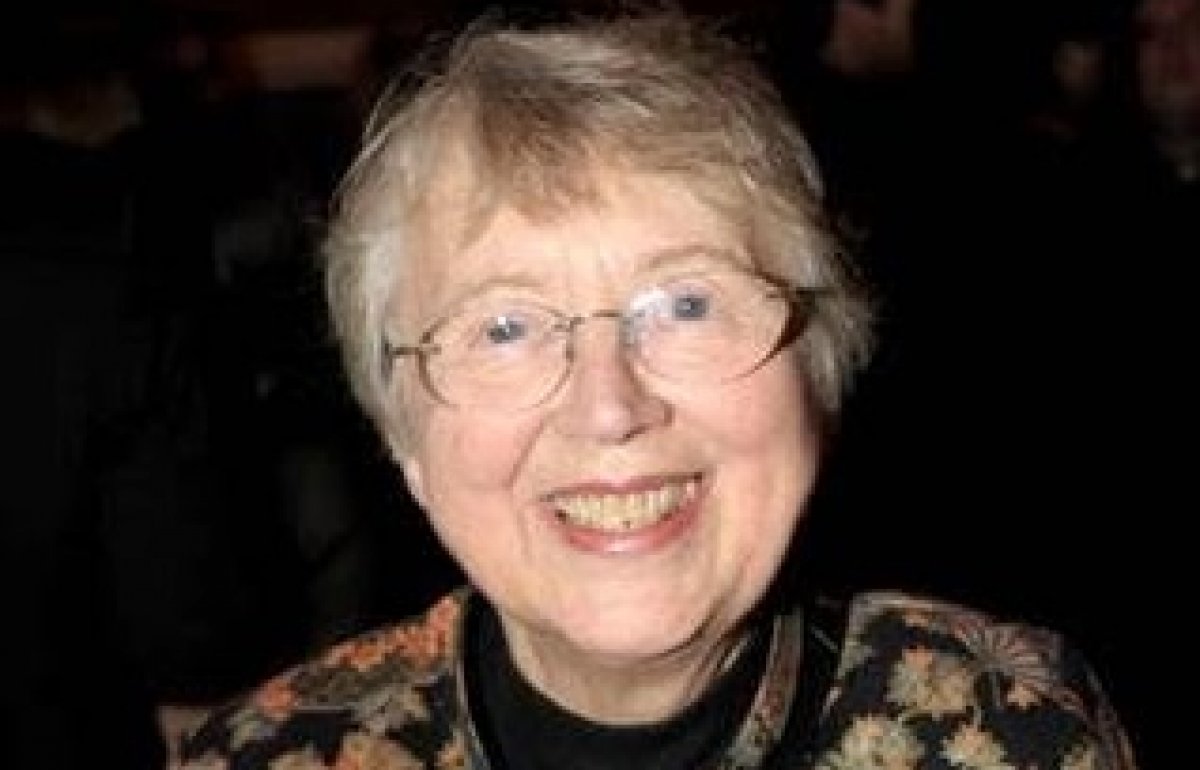