First awarded in 1993, the Philip Webb Award sets architects in the early stages of their career a demanding but exciting dual conservation and design challenge.

The brief is to devise a scheme which sympathetically revitalises a historic building for reuse through careful repair of existing fabric and a significant element of new construction in a contemporary design. It’s a unique opportunity for those interested in sustainability, the reuse of old buildings and in developing experience in conservation practice to engage with the SPAB Approach and showcase their skills. The competition is open to recent Part II graduates and current Part II students from Schools of Architecture in the UK and Ireland.

Entries for the next Philip Webb Award open 18 July 2022.  Download the Notes for Entrants to find out more.  More detailed information about eligibility and how to enter will be available here in the new year.

The 2020 award attracted a wealth of thoughtful, imaginative, ambitious and beautifully presented entries.  After considering all the submissions anonymously aganist the competition criteria, the judges shortlisted seven schemes:

From these, Jess Tyson's scheme for a new Nottingham Arts Centre was chosen as this year's winner.  Second prize was awarded to the team that set out proposals for the refurbishment, upgrading and extension of Moseley Road Baths in Birmingham.  The judges commended Justin Chung for his reimagining of the former Dana Prison, Shrewsbury as a manufacturing hub. See the acceptance speeches on the SPAB's YouTube. 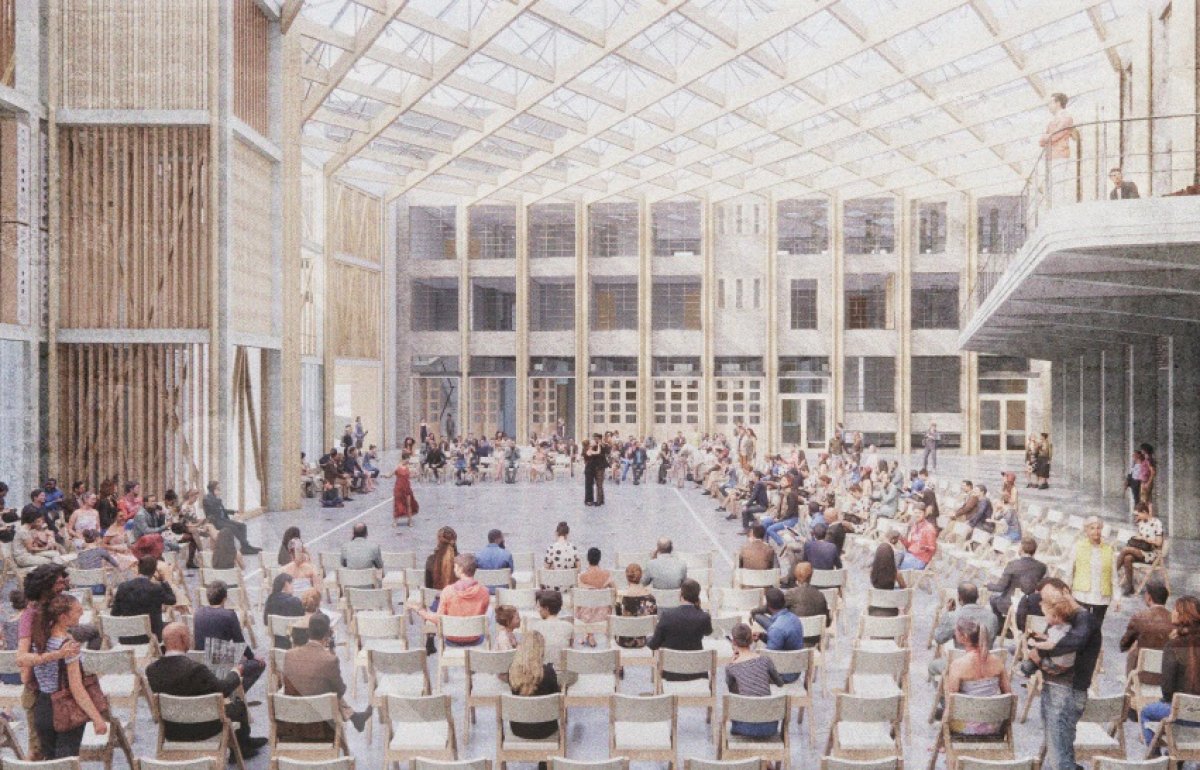 First prize went to Jess Tyson of Nottingham University for her scheme to create a new Nottingham Arts Centre from a complex of buildings including the city's former Guildhall and Fire Station. A team from Birmingham City University took second prize with their proposal to refurbish and extend Moseley Road Baths, Birmingham, continuing its use for public swimming but adding a range of other community facilities. The judges commended Justin Chung of Manchester School of Architecture who re-imagined the former Dana Prison, Shrewsbury as a centre for artisan crafts. 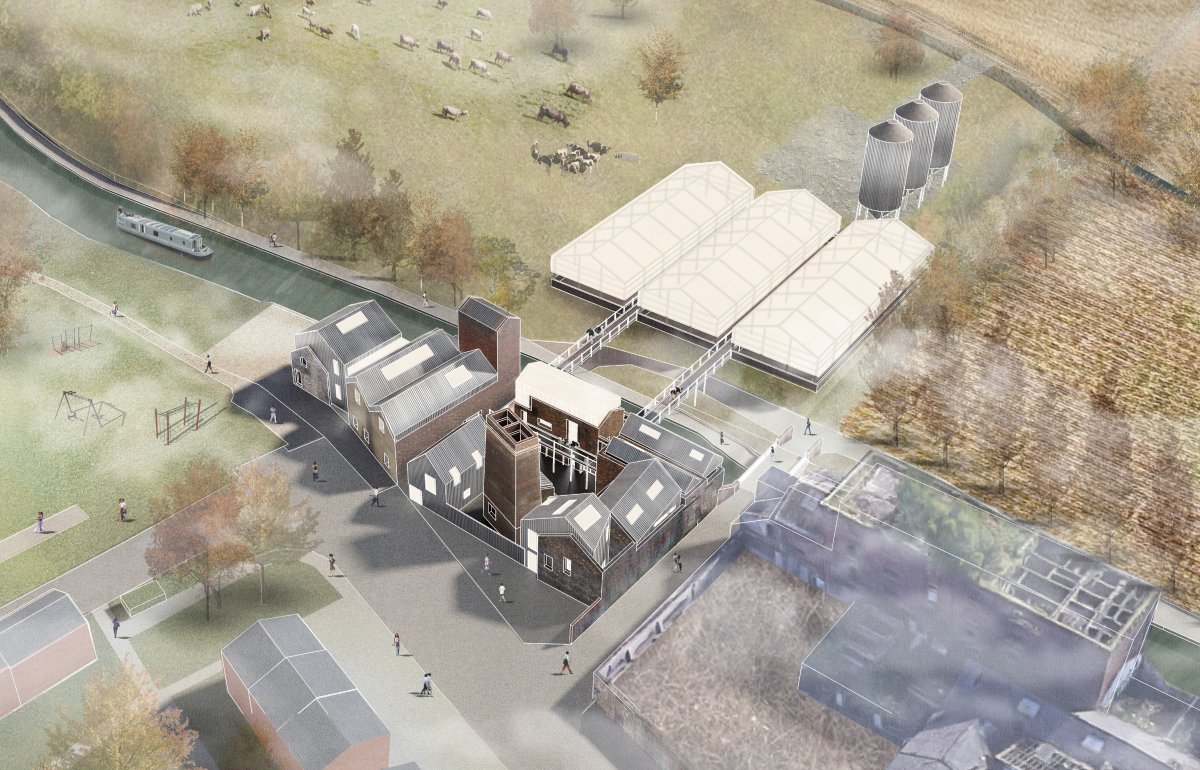 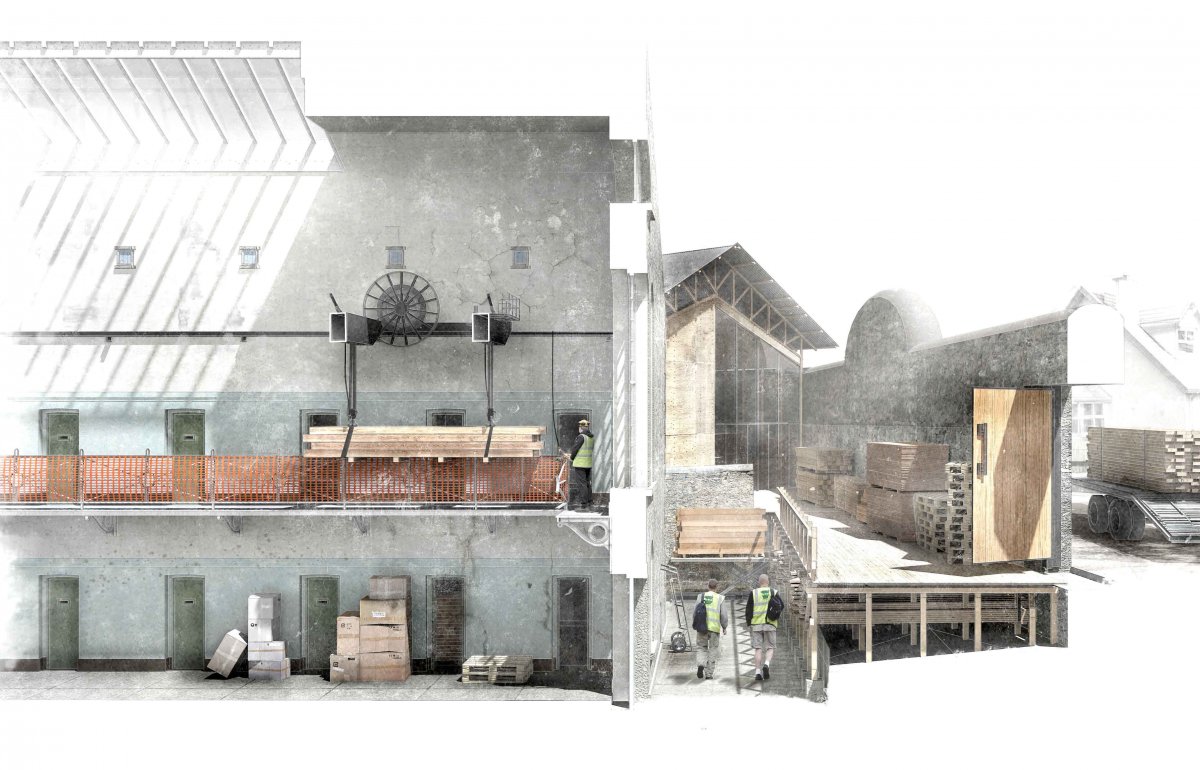 The winning and commended architects in 2018 chose to develop schemes for buildings or complexes with an uncertain future or which are currently subject to unsympathetic planning proposals. This year’s first prize winner, Chris Hamill, tackled the contested site of disused Armagh Gaol. Second prize went to Rachael Moon for her imaginative proposal to transform the Pit Head Baths at Chatterley Whitfield Colliery in Stoke-on-Trent, into a public spa. Joe Copp was commended for his scheme to revive the Bristol United Brewery Malt House. 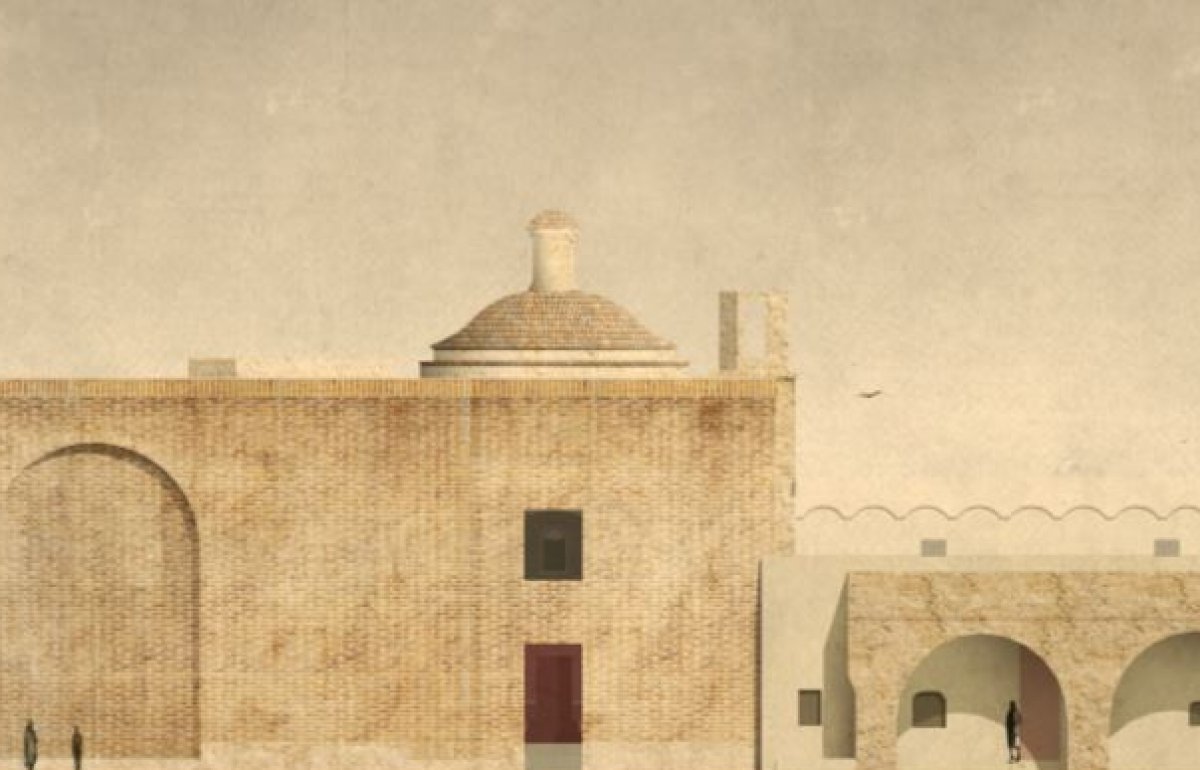 First prize went to Marta Ascenso of the Mackintosh School of Architecture (Glasgow School of Art) for her scheme to breathe new life into the abandoned Italian hill town of Craco in Basilicata. Alanah Honey, a graduate of Newcastle University, took second prize for her proposal to refurbish and extend redundant buildings in Zanzibar to house a new Institute of Design. The judges awarded third prize to Kate Nicholson of Sheffield University who re-imagined part of the former Spode Pottery in Stoke on Trent as a storytelling centre. 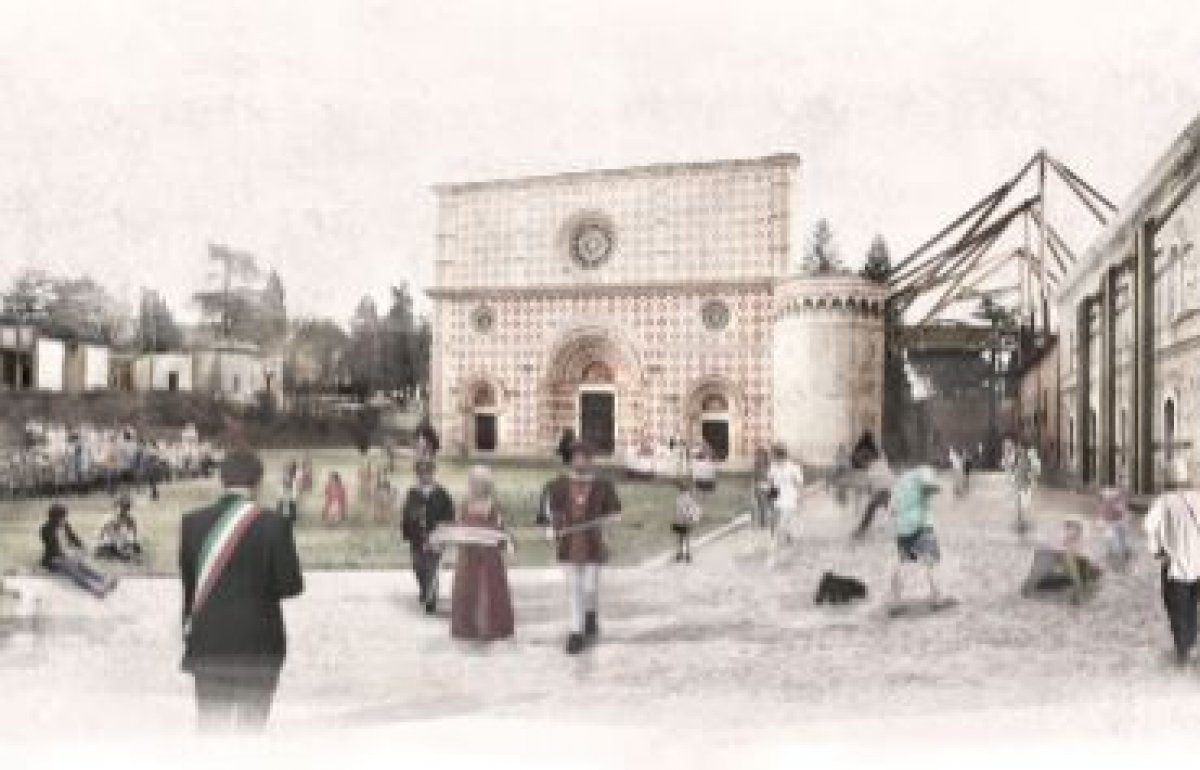 In 2016 the SPAB celebrated an architect closely associated with the Society – William Richard Lethaby. Educational charity UK Youth offered Lethaby’s country house, Avon Tyrrell, which it uses as an outdoor activity centre, as the live case study for this year’s competition. Joint first prize went to Bethan Watson of Cambridge University and Cristiano Lamarque of Oxford Brookes University for their carefully considered and well-presented schemes for the town of L'Aquila and the former monastery at Evora. Jordan Green and Rhys Waring were commended for their scheme for Avon Tyrrell. 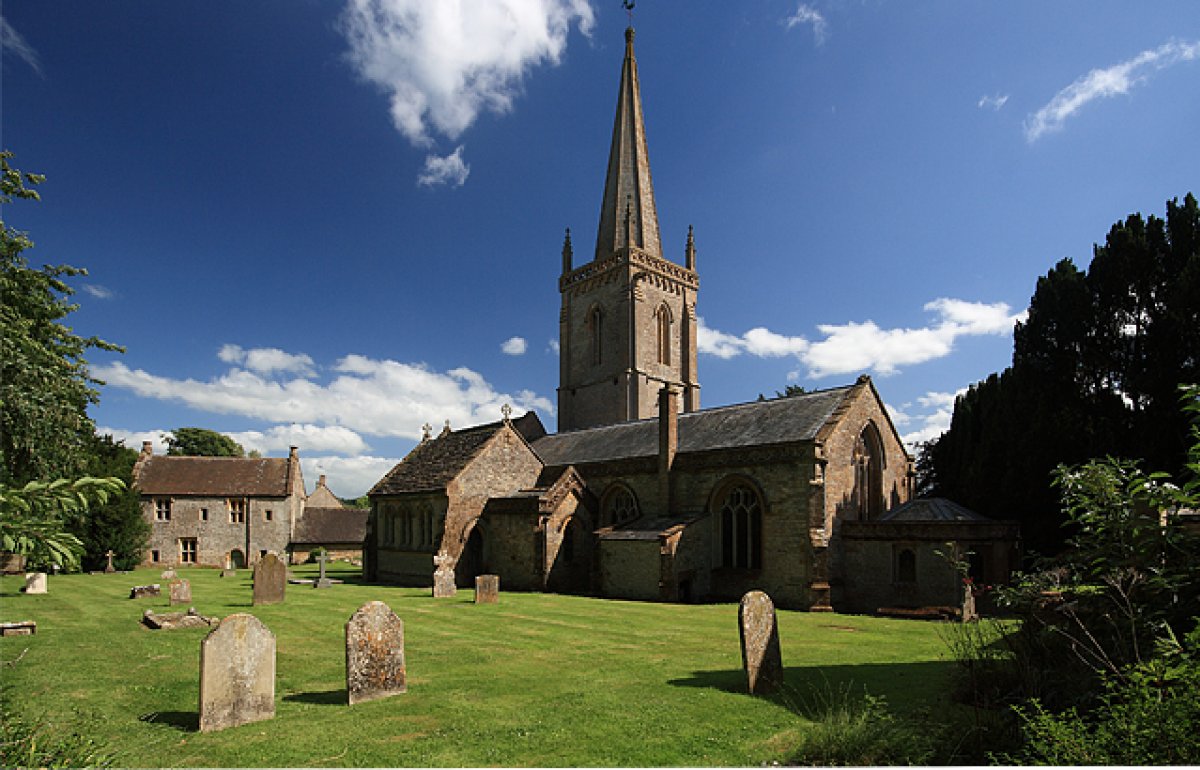