Just outside Halesworth in Suffolk, stands what could be mistaken for a farmhouse but which became a secret meeting house for ‘independents'. Walpole Old Chapel is a Grade II* listed building and is reputedly one of the oldest surviving nonconformist meeting houses in England. 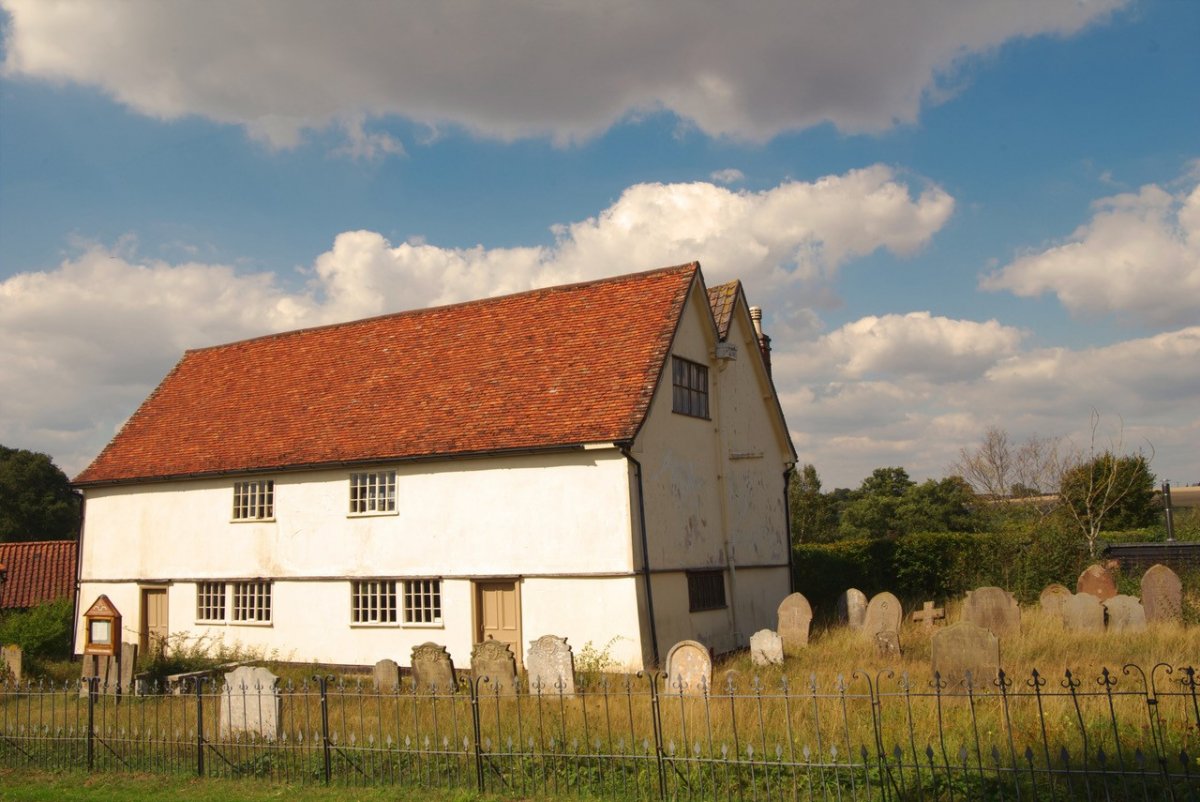 This local congregation had been meeting clandestinely since 1647 in the nearby village of Cookley and in 1649, following the execution of Charles I, they moved to Walpole, where they rejected external control, and would not belong to any organised church. During the ten years of the Puritan Interregnum, ministers held the office of parish priests but followed Independent practices; no surplice, no sign of the cross, no kneeling, but with emphasis on preaching, and so the commanding position of the chapel’s pulpit.

The restoration of the monarchy in 1660 saw the clergy required to conform to the Act of Uniformity of 1662. A great many Independents (now called “nonconformists”) and dissenters, including those from Walpole, refused and went on preaching resulting in several campaigns of religious repression. However, things did improve and following the succession of William and Mary in 1689 and with the subsequent Act of Toleration, life became somewhat easier. 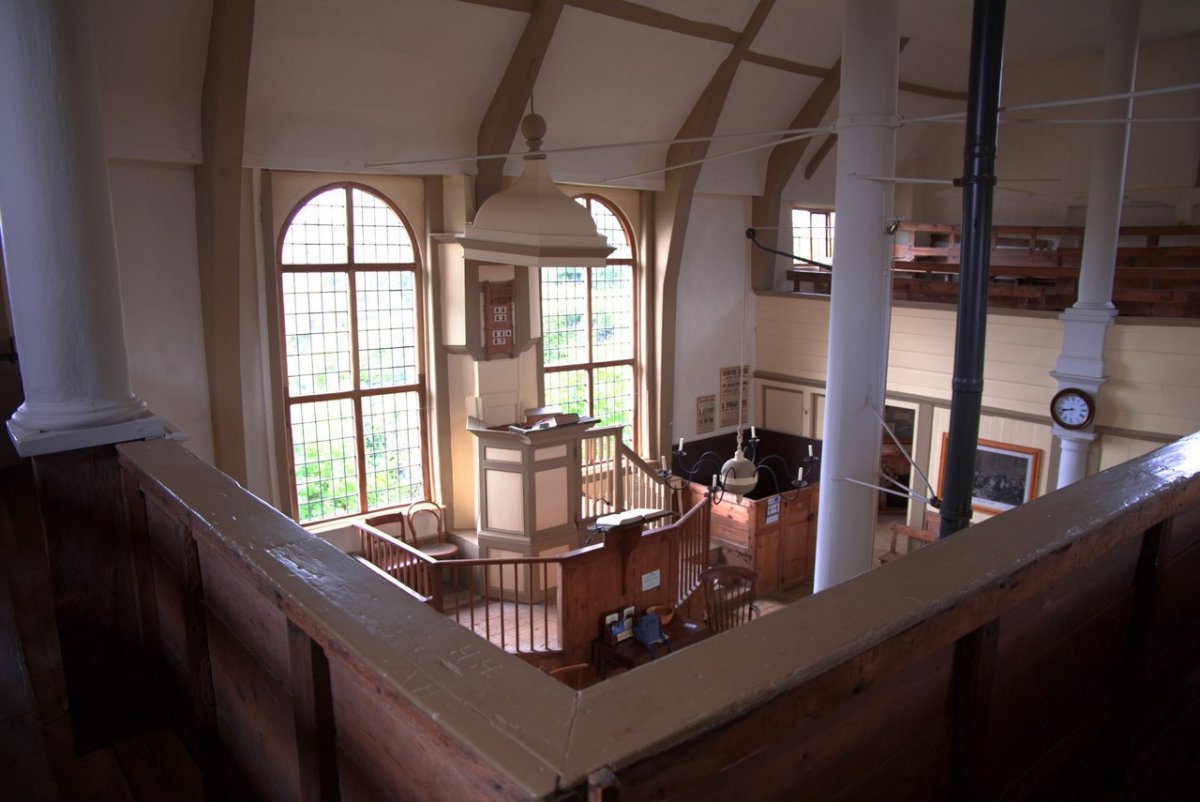 Interior view of the chapel from the gallery, showing the semi-circular headed windows and canopied pulpit.

At this time the trustees of the Walpole congregation were granted a lease on what was then a farmhouse -  – timber framed, probably infilled with wattle and daub, and rendered with lime mortar – and an acre of the surrounding land. This is when the building was extended at the back, creating the distinctive double-pitch roof, supported by columns, one of which is believed to be a ship's mast. It also entailed installing gallery seating round three sides and the impressive hexagonal canopied pulpit. Finally, they incorporated two large, semi-circular headed windows in the new back wall, which gives the interior a light and airy feel. There are also two moulded mullioned windows and the chapel continues to look much as it must have done in 1700.

The building is now in the care of The Historic Chapels Trust, with the day-to-day running carried out by a team of local volunteers. Although there is no regular congregation, the chapel still hosts wedding, baptism and funeral services in the congregational tradition, as well as a popular candle-lit Christmas service of carols and readings. The chapel also provides a unique venue for an annual summer season of music, poetry and theatrical performances.

Now the chapel needs major repairs – the existing render is failing badly and the underlying lath may have to be replaced. This is a big challenge for all involved with the chapel, not least to raise the £250,000 required for the renovation. However, the fundraising project provides an unusual opportunity for people interested in ancient buildings and traditional crafts to get involved and to visit the site during the construction work.

Areas of external render that are failing and in need of complete repair.