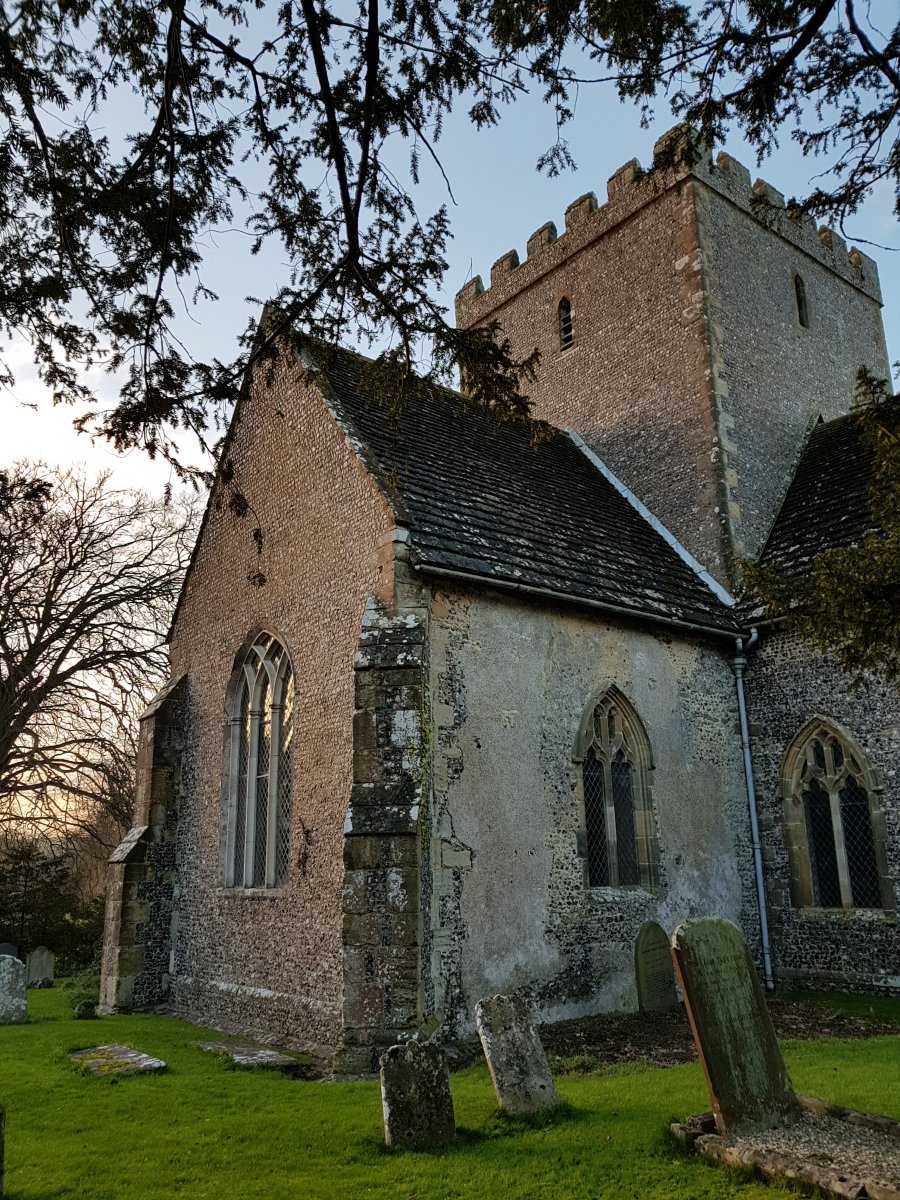 The SPAB (Society for the Protection of Ancient Buildings) won a landmark court case this month involving a harmful proposal to Grade I listed Holy Trinity, Poynings, Sussex.

Challenging these works and winning at Consistory Court level means that the SPAB’s practical and conservative approach to repairing old buildings has been added to church case law. The Society has had a tangible impact on the direction of future church casework.

The SPAB is the UK’s oldest conservation charity and must be notified of any applications that involve works to listed churches under the ecclesiastical exemption from listed building consent. In 2015 the SPAB was invited to consult on proposals to install under floor heating in the south transept of the church. The atmospheric south transept, often called the Poynings Chantry Chapel, contains a number of medieval burial monuments marking the resting place of generations of the De Poynings family – the ancient benefactors of the current church.

These burial monuments are highly significant, not just because of their considerable age, they also tell the story of the church and its founders. Across the south transept’s entrance is a late 14th century screen probably originally part of the rood screen moved here in the mid-19th century. Given the south transept's provenance as chantry chapel and the importance of the monuments and the screen, it is one of the most important and historic spaces within the ancient church. 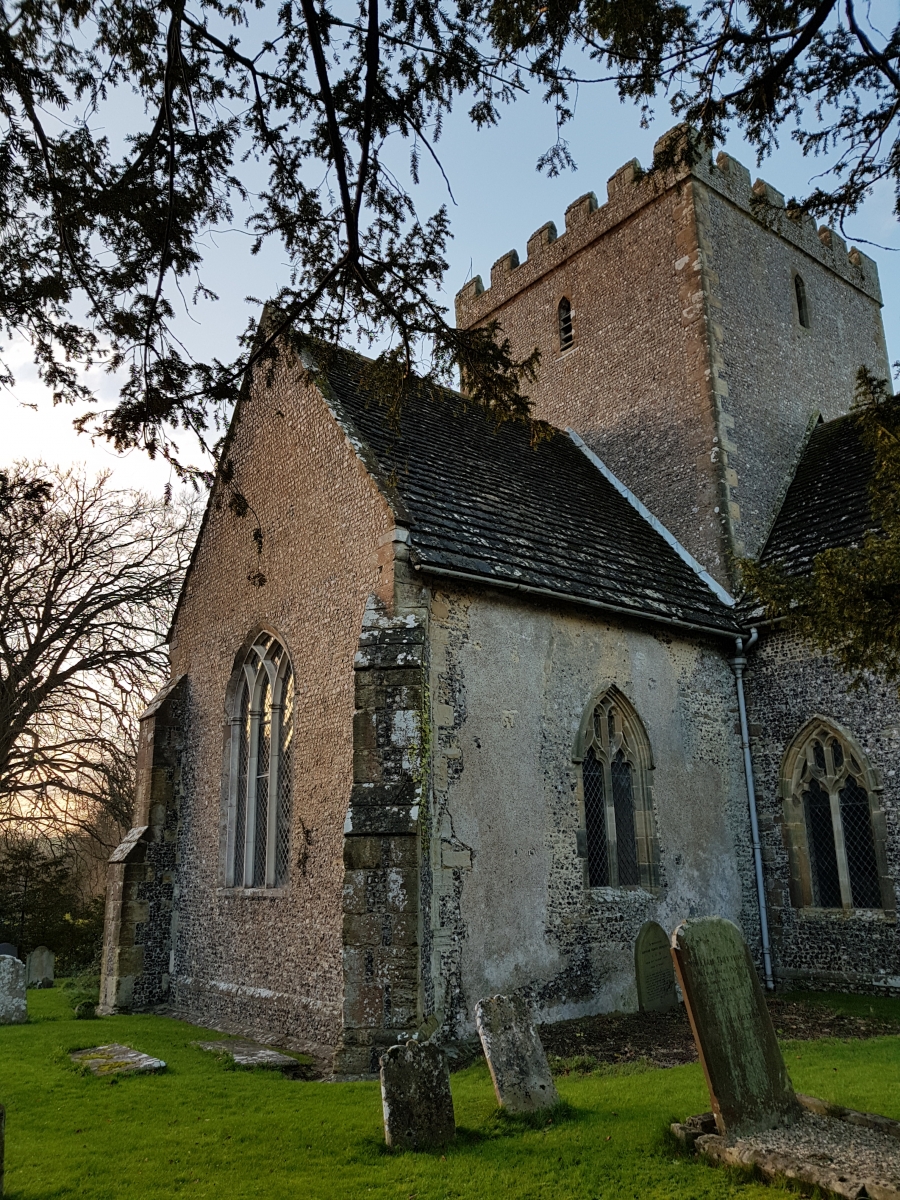 Despite its significance, the south transept is in a bad state of repair – a higher ground level outside the building has caused damp to penetrate the walls and floor of the south transept putting the already worn burial memorials at further risk of damage.

The parish's proposals included the introduction of under floor heating in this space, without remedial repair works to deal with the damp, and would have instead covered the problem under a new floor. Not only would this almost certainly have caused more moisture to travel up the walls of the transept and probably the medieval timber screen, it would have buried the medieval monuments of the founders of the church in perpetuity under a modern floor.

The south transept cannot be enclosed due to the medieval screen, this combined with the fact that under floor heating is only efficient in buildings in regular use, the SPAB believes that the proposed electric under floor heating would not have had the beneficial effect that the parish had anticipated.

The SPAB sympathises with the church’s dilemma – finding an affordable solution to creating a comfortable space to diversify activities – and is acutely aware that this issue is affecting churches across the country. As such the SPAB seeks, wherever possible, to support proposals that ensure the continued use of church buildings.

In this case the SPAB, and other consultees including the Church Buildings Council and Historic England, suggested different approaches, such as using the less significant north transept for proposed activities, adding a small extension to the church or removing some pews at the west end of the church to create a flexible community space. Unfortunately none of these were explored by the parish. Given that under floor heating was unlikely to provide the results the parish wanted, whilst also exacerbating damp issues and causing harm to the medieval memorial stones, the SPAB felt it must oppose the scheme at Consistory Court.

Consistory Court is a court within the Church of England that deals with disputes within the church, the chancellor is a barrister, usually specialising in ecclesiastical law.

As a small charity with limited resources it is rare that the SPAB brings cases to Consistory Court. The Society prefers to find practical solutions with the parish directly but in this instance the SPAB was extremely concerned that these proposals were a short-term solution and could result in significant harm to an important building.

The judgement of the chancellor took into account the technical issues that would arise from the installation of the under floor heating and was robust in suggesting that the harm to the significance of the building was too great when balanced against the parish’s need. It also took the parish to task for not exploring other less harmful options like those suggested by the SPAB, and for not commissioning an options appraisal for the best method of heating the church by a qualified, conservation-experienced building services engineer.

Emma Lawrence, head of casework at the SPAB, says:

“This was an important case for the SPAB and for the wider sector as it knocks on the head the notion that all schemes to make churches more comfortable for the congregation should be allowed on the grounds of public benefit and mission, outweighing heritage considerations. It shows that alternative, non-invasive proposals need to be given due consideration and that proper expert assessment is required.”

The SPAB
The SPAB is Britain’s oldest building conservation body. It was set up by William Morris in 1877 to oppose the destructive restorations of the Victorian era and promote the alternative of “conservative repair”. By law it must be notified of applications to demolish listed buildings in England and Wales and comments on hundreds each year. Today its broad remit is to advise, educate and campaign. The Society also trains architects and craftsmen; produces a range of helpful publications and campaigns on issues like VAT. It also has a separate section devoted to Mills.

Casework at the SPAB
Since the foundation of the SPAB in 1877, casework, campaigning and advice has been at the centre of our work. Today in England and Wales, the Society has a statutory role in the secular planning system. As directed by the Secretary of State, the SPAB is one of six National Amenity Societies that must be notified by local planning authorities of all applications that involve the total or partial demolition of a listed building, giving us an opportunity to comment on the proposed scheme. We have a similar role within the ecclesiastical consent systems operated by the religious denominations that are granted exemption from secular listed building controls.