The Manifesto of the SPAB was written by William Morris, Philip Webb and other founder members in 1877. Although produced in response to the conservation problems of the 19th century, the Manifesto extends protection to "all times and styles" and remains the basis for the Society's work. Applicants for SPAB membership must indicate their support for the Manifesto's conservation principles. Read the SPAB Approach to learn more about how the SPAB interprets the original Manifesto for today's conservation practice. 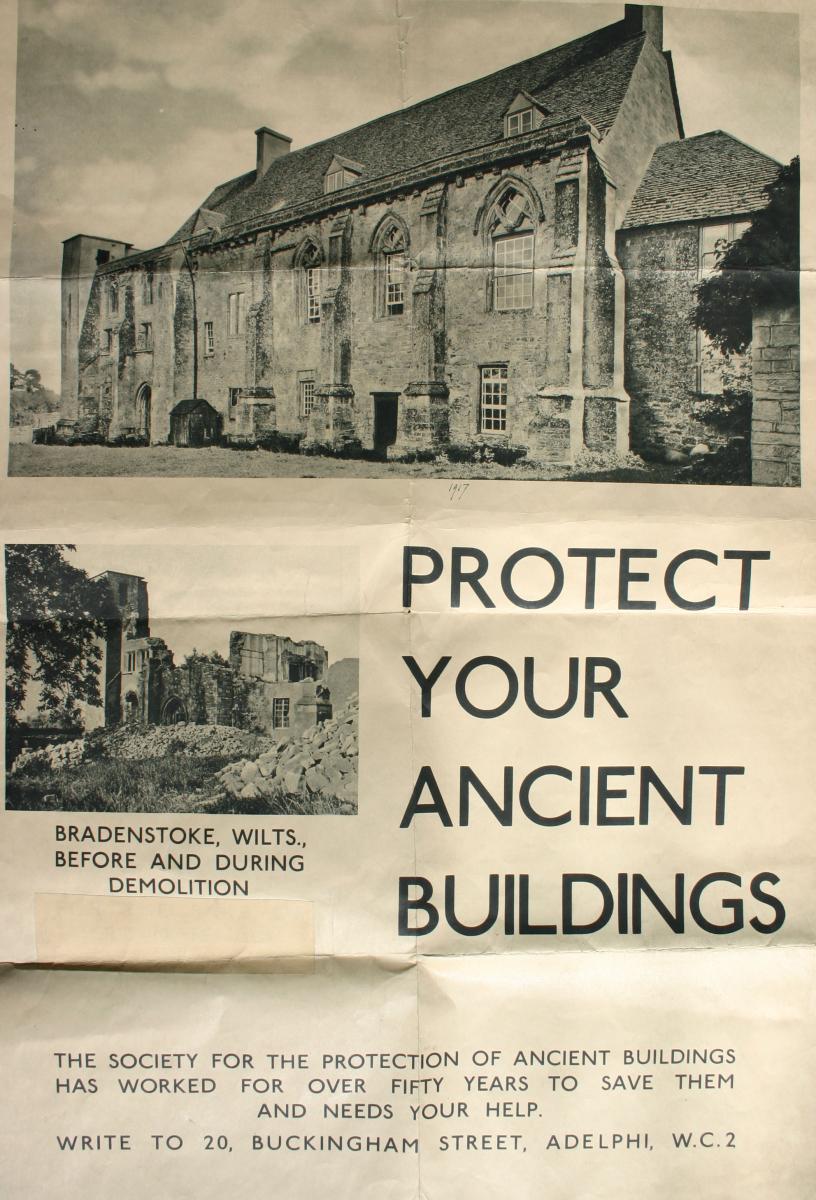 A society coming before the public with such a name as that above written must needs explain how, and why, it proposes to protect those ancient buildings which, to most people doubtless, seem to have so many and such excellent protectors. This, then, is the explanation we offer.

No doubt within the last fifty years a new interest, almost like another sense, has arisen in these ancient monuments of art; and they have become the subject of one of the most interesting of studies, and of an enthusiasm, religious, historical, artistic, which is one of the undoubted gains of our time; yet we think that if the present treatment of them be continued, our descendants will find them useless for study and chilling to enthusiasm. We think that those last fifty years of knowledge and attention have done more for their destruction than all the foregoing centuries of revolution, violence and contempt.

For Architecture, long decaying, died out, as a popular art at least, just as the knowledge of mediaeval art was born. So that the civilised world of the nineteenth century has no style of its own amidst its wide knowledge of the styles of other centuries. From this lack and this gain arose in men’s minds the strange idea of the Restoration of ancient buildings; and a strange and most fatal idea, which by its very name implies that it is possible to strip from a building this, that, and the other part of its history - of its life that is - and then to stay the hand at some arbitrary point, and leave it still historical, living, and even as it once was.
In early times this kind of forgery was impossible, because knowledge failed the builders, or perhaps because instinct held them back. If repairs were needed, if ambition or piety pricked on to change, that change was of necessity wrought in the unmistakable fashion of the time; a church of the eleventh century might be added to or altered in the twelfth, thirteenth, fourteenth, fifteenth, sixteenth, or even the seventeenth or eighteenth centuries; but every change, whatever history it destroyed, left history in the gap, and was alive with the spirit of the deeds done midst its fashioning. The result of all this was often a building in which the many changes, though harsh and visible enough, were, by their very contrast, interesting and instructive and could by no possibility mislead. But those who make the changes wrought in our day under the name of Restoration, while professing to bring back a building to the best time of its history, have no guide but each his own individual whim to point out to them what is admirable and what contemptible; while the very nature of their task compels them to destroy something and to supply the gap by imagining what the earlier builders should or might have done. Moreover, in the course of this double process of destruction and addition, the whole surface of the building is necessarily tampered with; so that the appearance of antiquity is taken away from such old parts of the fabric as are left, and there is no laying to rest in the spectator the suspicion of what may have been lost; and in short, a feeble and lifeless forgery is the final result of all the wasted labour. It is sad to say, that in this manner most of the bigger Minsters, and a vast number of more humble buildings, both in England and on the Continent, have been dealt with by men of talent often, and worthy of better employment, but deaf to the claims of poetry and history in the highest sense of the words. 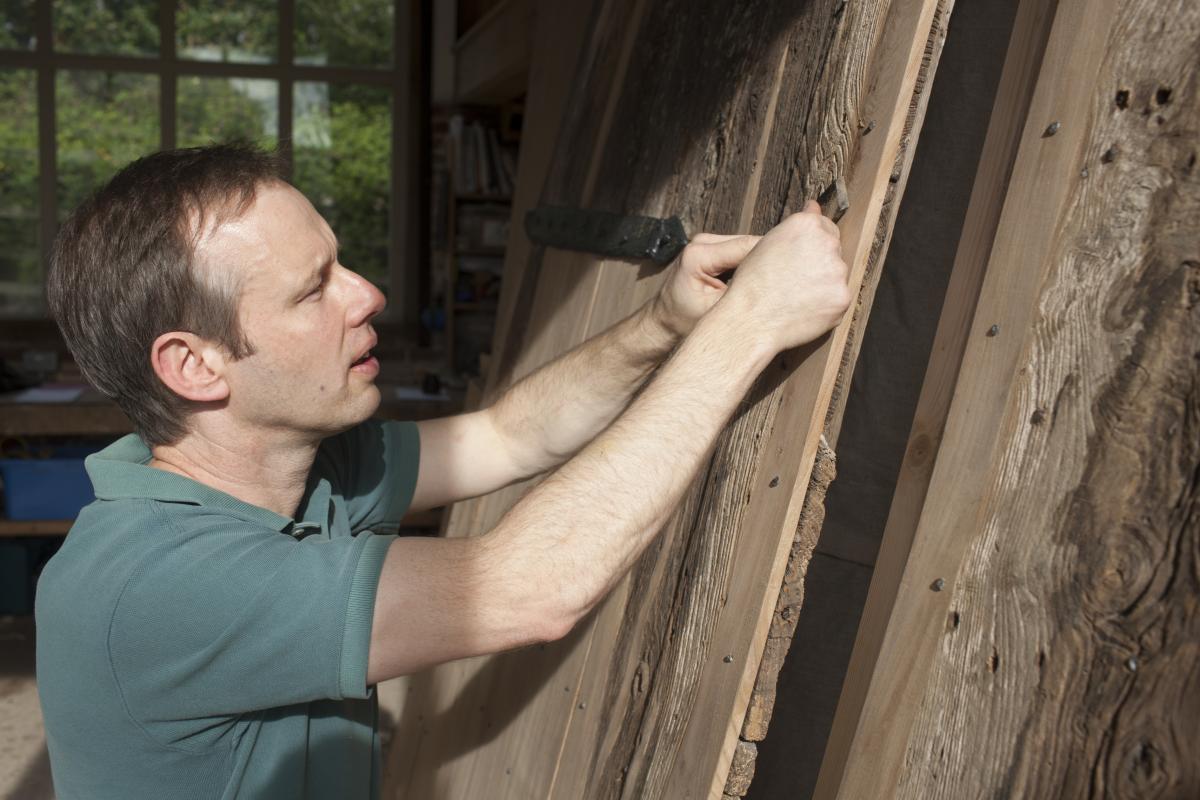 For what is left we plead before our architects themselves, before the official guardians of buildings, and before the public generally, and we pray them to remember how much is gone of the religion, thought and manners of time past, never by almost universal consent, to be Restored; and to consider whether it be possible to Restore those buildings, the living spirit of which, it cannot be too often repeated, was an inseparable part of that religion and thought, and those past manners. For our part we assure them fearlessly, that of all the Restorations yet undertaken, the worst have meant the reckless stripping a building of some of its most interesting material features; whilst the best have their exact analogy in the Restoration of an old picture, where the partly-perished work of the ancient craftsmaster has been made neat and smooth by the tricky hand of some unoriginal and thoughtless hack of today. If, for the rest, it be asked us to specify what kind of amount of art, style, or other interest in a building makes it worth protecting, we answer, anything which can be looked on as artistic, picturesque, historical, antique, or substantial: any work, in short, over which educated, artistic people would think it worth while to argue at all.

It is for all these buildings, therefore, of all times and styles, that we plead, and call upon those who have to deal with them, to put Protection in the place of Restoration, to stave off decay by daily care, to prop a perilous wall or mend a leaky roof by such means as are obviously meant for support or covering, and show no pretence of other art, and otherwise to resist all tampering with either the fabric or ornament of the building as it stands; if it has become inconvenient for its present use, to raise another building rather than alter or enlarge the old one; in fine to treat our ancient buildings as monuments of a bygone art, created by bygone manners, that modern art cannot meddle with without destroying.

Thus, and thus only, shall we escape the reproach of our learning being turned into a snare to us; thus, and thus only can we protect our ancient buildings, and hand them down instructive and venerable to those that come after us.